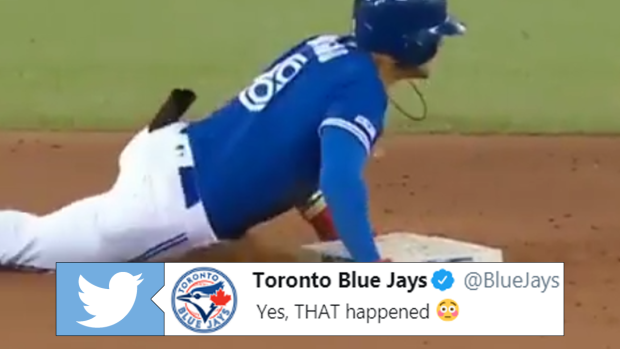 When you square up to commit for a bunt, often times it is the baseball equivalent of a death wish. In fact, if you are bunting for the purpsose of advancing other runners, it’s literally called a “sacrifice bunt”.

It doesn’t have to be so morbid, though!

Some speedsters have perfected the art of the bunt, and will often try to square up late and race their way to 1st base. Unfortunately, it’s still very hard to beat out the defence, and that’s what makes Toronto Blue Jays 2nd baseman Cavan Biggio’s dream bunt that much more miraculous.

He squares up for a bunt, and somehow ends up on 2nd base!

Just how they drew it up, right?