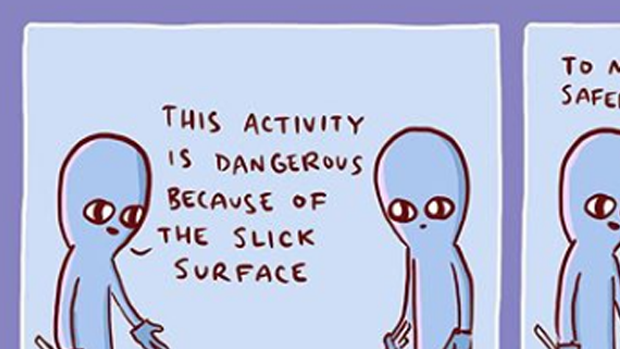 Hockey is a weird sport and that’s someone writing that who has known of it for all of their existence and enjoys it. Now imagine it being explained to you with never having seen or heard of it before.

That’s what illustrator Nathan W Pyle does with many of his “Strange Planet” comics. An Instagram account that the artist started in February has grown at an incredible pace, accumulating a following of 2.3 million people in just three months. Most of the comics are a hilarious commentary of things we do every day and we’d recommend checking them out, but today’s was extra special for us.

So we thought we’d share the comic with some fellow hockey fans, who might enjoy the thought of Aliens being introduced to our favourite game.

Yes, hockey is a little silly when you put it that way, but as most of his comics point out, most things we do can sound pretty nonsensical.

This is the first sport specific comic Nathan has made in the series, but there are plenty of other ones that are very applicable to most sports fans’ experiences. Make sure to check them out.

Every hockey season, 30 teams lose, so there are a lot of fans who regret emotional investment.