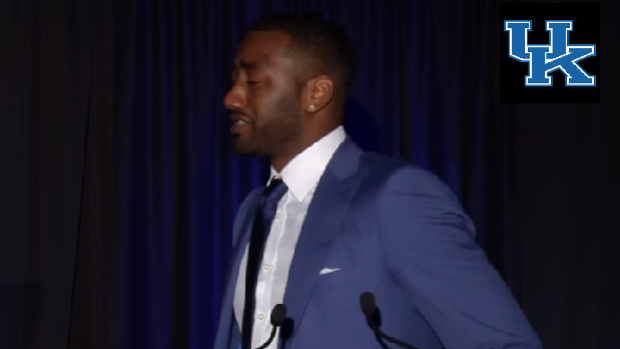 After leaving his mark at the University of Kentucky, John Wall is evolving into an NBA superstar. Before turning pro, the point guard spent two years at the school under head coach Mike Calipari and was later named the 2010 first overall draft pick by the Washington Wizards. 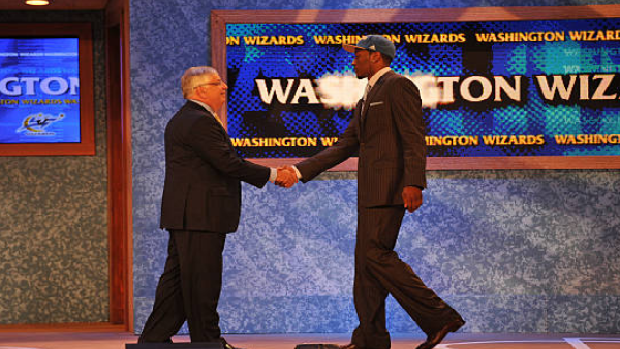 Wall was recognized for his contributions at his alma matter, as the Wildcats inducted him into their Hall of Fame. The 27-year-old prepared a speech for the event, and asked his mother to stand up so the room could applaud her. After that, things got real emotional.

Wall continued by discussing the sacrifices his mom made for him during his upbringing. Below is a transcription of a portion of it.

The following is an excerpt from For The Win:

“I just want to thank you. I just wanted to say thank you for being my mom. I now it was tough growing up with me and my two sisters, seeing my dad go to jail at a young age, and you sacrificing everything. I seen you taking me to school and picking me up from school. I always wondered what it’d be like to be able to do things with my mom. I never had the chance. You always told me when I was 16, you said you knew I was a hardheaded kid.”

He then continued with:

“I know you used to hate when I was in kindergarten. You had to sit in the parking lot a lot of times because I could never stay in school more than 30 minutes. I was always getting kicked out, and she had to drive 45 minutes to take me to school. Then all of a sudden I started playing youth basketball and I met one of my close friends EJ, we would call him Grizzly, and she would miss a lot of tournaments, but she would sacrifice sometimes not playing the light bill so I could go play basketball.

“I want to thank you mom for being who you are, being a strong powerful woman, having that gritty attitude that some people look at me and see in my face and say, ‘Well, John Wall’s not approachable.’ Well, I get it from my mom, and I’m cool with that because when you really get to know me, I’m really a loyal person, I’m a family person. I just want to thank you for being my mom. I wouldn’t ask for nobody else in this world to be my mom. I hope whoever I marry, whoever the mom to my kid, they can be just as strong as you is and just as powerful.”

It goes without saying that the speech was reminiscent of Kevin Durant’s MVP ceremony, where he infamously called his mom ‘The Real MVP.”

It’s always nice to see a family battle through adversity and climb to the top. After signing a four-year $170 million contract this past summer, it’s safe to say that the Walls have made it.