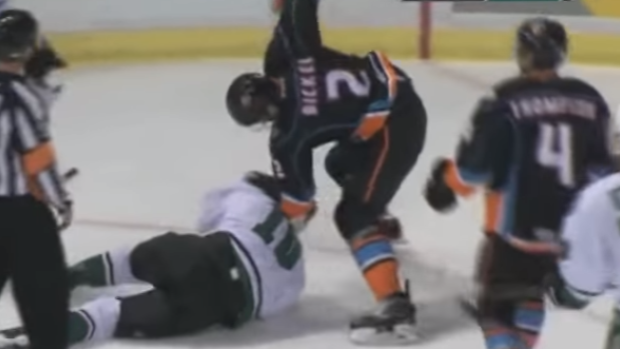 The San Diego Gulls and Texas Stars engaged in a massive brawl during their AHL contest on Friday. , Hockey Fights Plus/YouTube

Things got ugly last night in an American League Hockey game between the San Diego Gulls and Texas Stars.

With just over 50 seconds left in the first period, Gulls forward Scott Sabourin delivered a check along the boards on Stars forward Curtis McKenzie. Shortly after, Sabourin proceeded to feed a defenceless McKenzie with a series of punches to the back of the head. Just a few feet away, San Diego defenceman Stu Bickel attacked Justin Dowling, dragging him on the ice and throwing multiple haymakers to his head.

Fighting is a part of the game, but the refs have a duty to interfere when things appear to be getting ugly. If you take another look, the officials didn’t exactly attempt to intervene as chaos ensued. 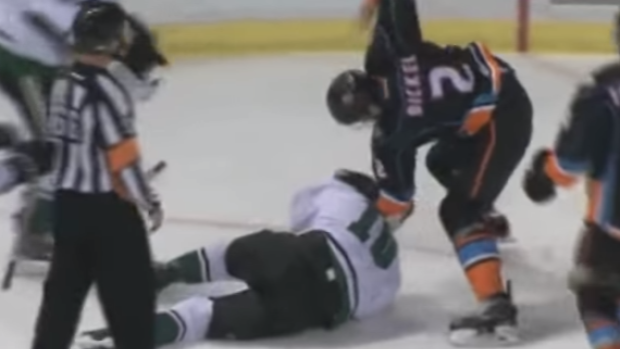 Following the game, Bickel was given a three game suspension. In just 76 NHL games in his career, the 31-year-old amassed 203 penalty minutes. He currently leads the American League with 13.33 penalty minutes per game; a ridiculous 6.08 higher than the next player (Mike Blunden, 7.25). 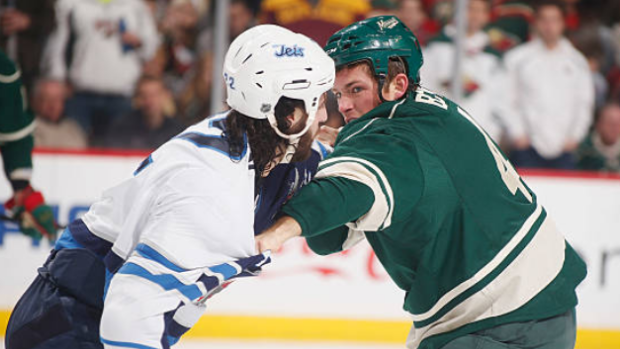 The Stars eventually had the last laugh, as they defeated the Gulls 5-4 in an overtime thriller. Both teams are in the league’s Pacific division, so expect the bad blood to continue over the course of the season.