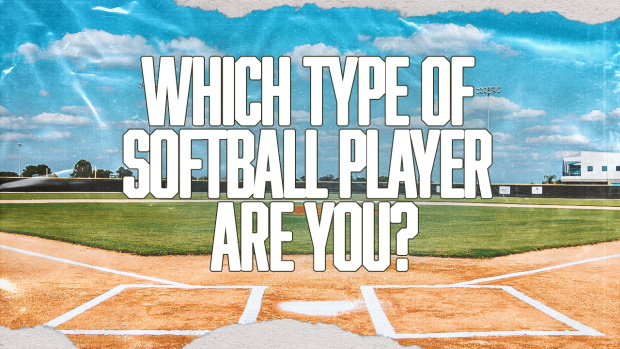 Which type of softball player are you?

We feel like, at one point in time, everyone has had to play on one or even just spectate a game. And if there’s something that’s true about softball teams, it’s that there are usually various stereotypes that are encompassed within a team’s roster.

We’re positive you can put a name to each of these labels and if you can’t, then odds are you’re that person.

The Manager
This person right here is the mastermind behind the team. They’ve organized the team, made sure everyone received the schedule ahead of time, sent about three mass text reminders that there’s a game that night to make sure no one flakes out and leads the team to forfeit, and they’re ultimately there to make sure everyone has fun. They may not be the best player on the team but they can serve as a pretty decent bottom-of-the-line-up player and definitely can get to a base on time. Oh, and you KNOW they supplied the sunflower seeds.

The Know It All
This person right here could have gone pro if they didn’t end up accidentally falling down his stairs and ruining their pitching arm, giving up any hopes they had to go D1, or so they say. This person is rocking the full get-up, high knee socks, gym shorts, and their collection of composite bats they've collected from garage sales. Regardless of what other positions people want to play, this person is making sure they’re having an MVP season out there and will take whatever position they want. Their ego may classify them as a Golden Glove winner but this person is short-fused and will blame everyone else including the umpires before even thinking they’re to blame.

The Underdog
This person brings a lot to the table. Not only are they a major boost in team morale, but they’re actually pretty good. They can channel their inner Cavan Biggio and be a great utility player. You need them in the outfield? They’ve got the glove. You need them in the infield? They’ll make a solid dive here or there. At the plate, they’ll serve as a clean-up hitter and drive in a ton of runs and will help the rest of the team get into the groove of things. This person is definitely the team rock.

The “drinks in the parking lot later” Person
This person is here for one thing and one thing only. To party. We mean sure they’re actually pretty decent and can snag a few major hits for the team, but this person wouldn’t be caught dead in the on-deck circle because they're making jokes in the dugout. They’ll probably play in the outfield and will strike up conversations with whoever else joins them. Regardless, this person is thinking of grabbing two-for-one appetizers at the closest bar after the game, but just in case the rest of the group isn’t feeling up for it, they have a few brewskis in their car as a backup plan.

The No Show
This person right here expressed a lot of interest to play but realized your games would be scheduled on the weekends and suddenly they’re missing in action. You never know if they’re going to show up and that gets you especially nervous when it’s against a pretty good team. Though of course, this person does show up to an important playoff game and you have no choice but to tell the Manager to bench them or put them behind the plate.

The "here to have a good" Time
Now don’t get this person mixed up with Drink in the parking lot later person, they would love nothing more than to hang out after the game and discuss bad calls, but they actually show up to try. This person signed up both because they love baseball and want to socialize, the best of both worlds. This person shows up happy every week and will play at any position you want them to. Serving as a solid lead-off hitter and a pretty good infielder, their own athleticism actually surprises the rest of the team and them!

So there you have it! There are the people that you encounter while playing on a softball team. Sure some of them may be over the top while others quite literally could care less if the game got called off, but these people all make the softball experience what it is. A chaotic yet beautiful mess. ​