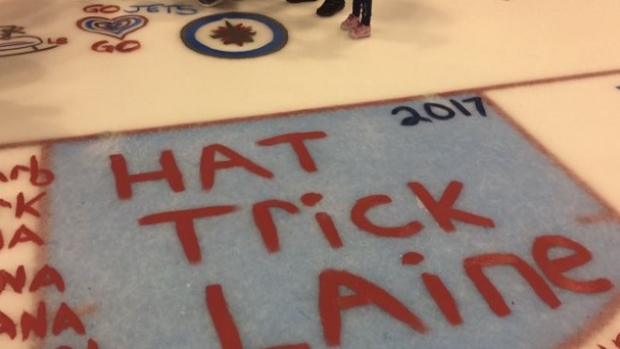 The Winnipeg Jets finished the 2016-17 season as one of the hottest teams in the NHL, but it was too little, too late as they ended up finishing 7 points out of a playoff spot.

On Saturday, the team invited season ticket holders out to the MTS Centre one last time before next season and let them have a little fun with the ice.

We are excited to welcome Winnipeg Jets season seat holders to @mtscentre today for #PaintTheRink presented by @SherwinWilliams! pic.twitter.com/abPMraVf4O

As expected, the Jets fans went all out.

Great to see so many smiling faces of all ages enjoying #PaintTheRink today at @mtscentre! pic.twitter.com/GjC4pV94jW

At the end of the day, the ice looked pretty incredible.

It’s not the postseason, but it’s still a fun way for the team to thank its loyal fans one last time before next season.