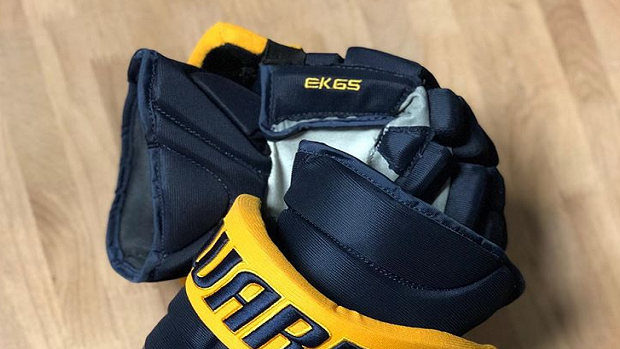 If you know  us, you know we love quirky pieces of hockey equipment.

The weird and the whacky of hockey is kind of our thing, so when we saw this pair of Nashville Predators gloves, we were big fans.

Prior to his landing with the San Jose Sharks, Erik Karlsson was the hottest topic on the free agent market ahead of the 2018-2019 season. There was no shortage of rumors surrounding where he would end up, and plenty of NHL teams sought after the defenseman.

Apparently, Warrior wanted to be right on the ball when he did sign with a team, and made gloves for all the teams he was most likely going to end up with, which included the Nashville Predators.

Today, Pro Stock Hockey posted some EK65 Nashville Predators gloves, and it really has us thinking about what could have been.

(Prior to his trade to San Jose, Warrior preemptively made a few pairs of his gloves for his most likely trade destinations.) pic.twitter.com/IUfDNdnDzg

What a weird look. Stranger trades have happened, though!