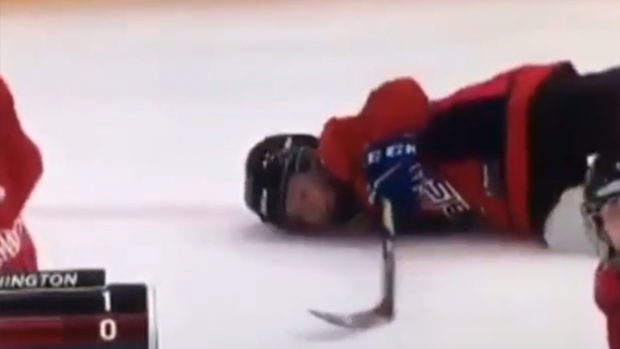 Anyone that's played intermission hockey knows just how incredible a feeling it is. With the stands full of fans attending a professional or semi-professional game, you can see the amusement set in as tykes take the ice as intermission entertainment.

Anyone that's scored a goal in front of that many fans - more than they have EVER played in front of - knows it amplifies the amazement tenfold.

One young Caps fan had the pleasure of scoring during the 1st intermission of Caps/Kings last week, but it was almost overshadowed by the embarrassment of a flubbed celebration.

Ladies and gentlemen, that's how it's done.