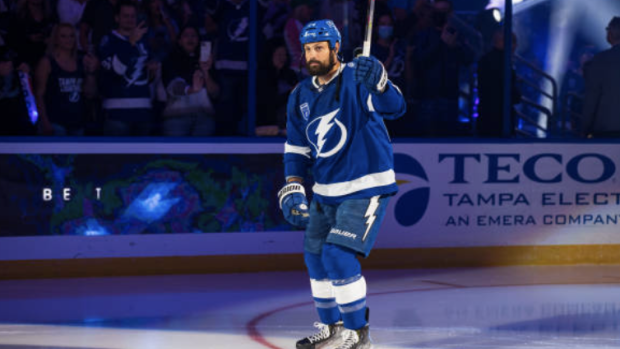 What’s better than spending time with loved ones and eating your bodyweight in Turkey?

Whether you’re Canadian or American, we can all agree that Thanksgiving holiday is elite. We’re one day away from American Thanksgiving and Tampa Bay Lightning defenceman Zach Bogosian truly cannot contain his excitement. Following the Bolts 4-0 win over the Philadelphia Flyers on Tuesday, Bogo went super festive with his post game meal.

Someone literally brought an entire turkey into the changeroom for him and he deserved it! Bogo got the Lightning on the board first on Tuesday and added an assist on route to the win.

You could say he’s excited! Him and his wife are even hosting the team for a dinner at their house on Wednesday.

one more hockey game until the #Bolts are watching the #Thanksgiving football games at Zach Bogosian's house ... "I'll be having the team over so I am going to be cooking for way too many people"#GoBolts pic.twitter.com/uRdD97VPBv

Zach Bogosian said he and his wife will be hosting the entire Lightning team for Thanksgiving. Said they’ll definitely cook 2 turkeys: one in the oven and one on the Traeger grill. “Maybe a third, the numbers are climbing day by day.” #Bolts pic.twitter.com/CPmbCrAr12

If you were wondering what Bogo’s favourite holiday is, now you know.