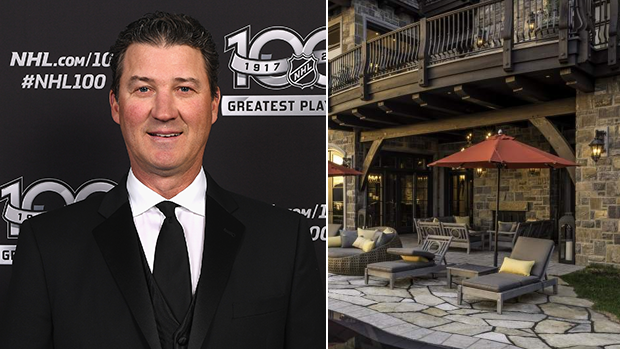 Mario Lemieux was known as Super Mario when he was in the NHL, so it makes sense that he owned a castle as one point or another.

However, it appears as if he’s ready to move on. According to Jonathan Bombulie of Trib Total Media in Pittsburgh, Lemieux has listed what is described as a castle for $21,999,066. The listing included photos and the Chateau Fleur de Lys looks ridiculously luxurious. Not to mention it’s a pretty nice location at the base of Mont Tremblant.

Here are some additional details from MansionGlobal.com.

"The property, which is named Fleur de Lys, is on the flank of Canada’s Mont Tremblant, a ski resort, and overlooks Lake Tremblant. The house is around 17,000 square feet with 50 rooms, Mr. Naud said. It has 17 fireplaces, a home theater, a pool and spa, a paddle tennis court, a gym, a wine cellar and a two-bedroom guesthouse. A large outdoor terrace overlooks the lake."

We know that the Penguins are pretty fond of bringing the Stanley Cup into pools, so it’s possible there is some historical significance at this place as well. It’s definitely taken a dip in some pools at one of his other homes.

The Penguins partied hard with the Cup last night, throwing it in the pool and even getting Lemieux to jump in. . (Via: @BrookeMarkle, @mkunitz14 & Twitter/M_Shel6)