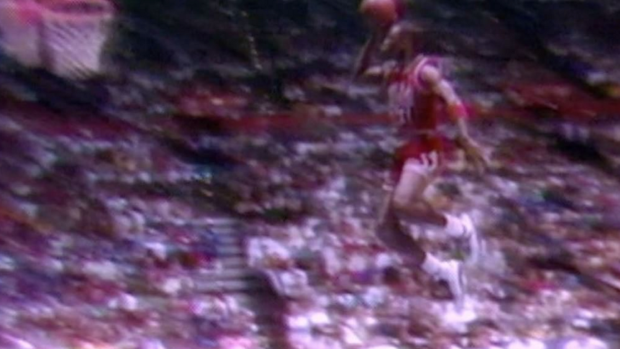 The NBA All-Star weekend is quickly approaching, and with it comes everyone's favourite event, the Slam Dunk Contest.

Despite the thriller that Zach LaVine and Aaron Gordon competed in last year in Toronto, the dunk contests recently haven't been great, and that's probably because the NBA's best don't compete in it.

That being said, that wasn't the case in the 80s and 90s.  The best players always participated for the most part, and that included Michael Jordan.

While he didn't compete every year, Jordan participated three times, the first being in 1985.  He didn't win that year, but when he came back in 1987, he was out to prove something, and that's exactly what he did.

#Repost @sportscenter ・・・ On this date 30 years ago, Michael Jordan flew.

30 years ago today, Jordan flew and won his first Slam Dunk contest.  MJ didn't jest go Air Jordan on everyone, though.  No, Jordan flew for the first time from the free throw line in 1987.

Now, we know what you're thinking, this isn't the Dunk Contest photo that might be the most iconic picture in NBA history, and you're right, it's not.

The moment you're thinking of is from one year later in Chicago, when Jordan took flight from the free throw line twice in the 1988 Dunk Contest to beat Dominique Wilkins and repeat as champion.

That dunk also inspired a generation of kids, and that fact was on display in Toronto last year as Zach LaVine pulled off three different dunks from the free throw line (just inside it).

Not every attempt over the years has looked as pretty as LaVine's, though.

At the end of the day, as iconic of moment Jordan's dunk was in 1988, 1987 was where it all began, and we'll always remember both moments as the Dunk Contests come and go.