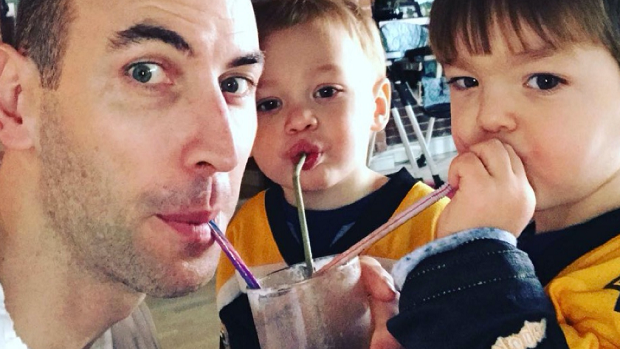 It’s 2019, and everyone’s on some kind of very questionable diet.

Your hippy yoga aunt hasn’t eaten anything that isn’t raw, organic, or plant-based in two years, your roommate is swears by the keto diet and survives off of chicken wings and cheese while insisting that it’s the epitome of health, and ‘gluten’ is now a swear word.

If you think that the people in your life have adopted some rather odd eating habits, then you can only imagine that lots of professional athletes have also made some pretty extreme alterations to their diet in order to enhance their in-game performance. Hockey specifically is the ultimate HIIT (high intensity interval training) work out, and requires some serious fuel in order to stay in peak performance shape.

Below are some of the most - um, interesting diets and eating habits we’ve found that hockey players swear by, in case you needed any inspiration to fuel your house league games, or to kick-start your summer bod.

This one might be surprising, but the biggest player in the NHL eats a mostly vegan diet, and is a huge fan of it. Clocking in at a massive 6’9” 250 pounds, the Bruins captain has cut out beef, chicken, pork, and dairy. Only rarely does he indulge in fish and eggs, and now, his diet mostly consists of rice, oats, fruits, vegetables, and whole grains. The defenseman has been loving the plant based diet, and says he feels “stronger” than before he made the switch. "I felt as you get older, you're trying to find ways to improve your well-being, functioning, and energy level. Everything you hear that people are losing as you get older, I want to be a step ahead of that”, Chara told Plant Based News.

Everything about Crazy Eight is absolutely compelling, and in the words of his teammate, Brooks Orpik, “reckless”. While most players have been opting to keep it light nowadays, Ovi does the absolute opposite. Orpik called his captain's diet “borderline inspiring”, and told the Players Tribune that “Ovi always orders the same thing — Mama Lucia, which is this pasta dish that’s like chicken parm with noodles, bread, cheese, the kind of thing you want to take a five-hour nap after eating. He makes a big display of it too. There’s no shame. It’ll be eleven in the morning, way before anyone is really thinking about eating lunch, and Ovi will walk into the dining area yelling, “Mama Lucia! Mama Lucia!” I don’t know. It’s weird, but it seems normal now”.

Honestly, we thought this might have been a bit of an exaggeration, but this meal is giving us heart pains just looking at, so we’re even more impressed by how great Ovechkin is now.

How have I gone my whole life not knowing about Alexander Ovechkin's pregame meal - the Mamma Lucia special. I need to try this. pic.twitter.com/mEUUF0pZzc

Most people know about Tom Brady’s insanely restrictive and rigorous “anti-inflammatory” nutrition plan, that he attests a lot of his success and longevity to. The Winnipeg Jets centreman as bought in to Brady’s anti-inflammatory philosophy, and while he told GQ that he’s always tried to eat healthy, since taking a food sensitivity test to see what foods are inflammatory to him, has totally omitted gluten, dairy, and eggs from his diet.

When asked about the one thing Mitch Marner would steal from John Tavares if he could, the forward had a pretty simple answer.

Asked Mitch Marner what skill he’d steal from John Tavares, if he could take one.
Marner said: “Probably his diet.”

The former Islander follows an incredibly strict diet, that consists of very clean foods. He’s also partnered with “The Simple Kitchen” in Toronto, that has a heavy emphasis on “build-your-own meals made with fresh, unprocessed ingredients and superfoods”. He has his own ‘Tavares Bowl', which is also #paleo and #keto.

Apparently, mixing salads with hockey sticks is also a vital part of the Tavares diet.

Hockey has evolved a lot since the Great One played, and nutrition has become a way bigger part of the game.

That doesn’t change the fact that Gretzky is one of the greatest that’s ever done it, and his pre-game meal is also one of the best ones we’ve ever heard. Before every game, it’s widely documented that Wayne would put away FOUR hot dogs, piled with mustard and onions.

Gretzky also has a between periods hydration regimen, and while modern-day hockey players opt for water or electrolyte heavy drinks, 99 would drink a diet coke, a glass of ice water, and a Gatorade.

Honestly, as impressive as it is to eat clean, this diet might be the most impressive to us.

Hey, if it works, it works.