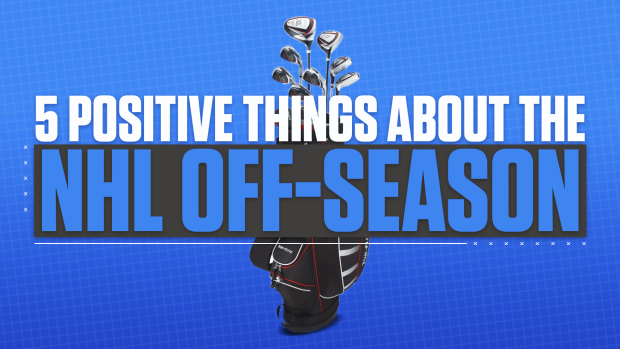 5 positive things about the NHL off-season

It’s only been one month since hockey’s been done and we are already struggling.

But positive thinking is key!

While we’re all itching for the NHL season to start ASAP, that’s not going to make the time go by any faster. Here are five positives to think of during the NHL’s off-season.

While we’re so used to hockey content it’s really nice to see NHL stars having some fun outside of the arena. Whether they’re at a cottage, playing golf, or travelling, seeing them enjoy the summer is a good feeling.

Trades are happening left, right and centre during the summer. While it might be tough saying goodbye to old faces, it’s always a plus to see one or two pretty sweet additions to your squad.

Everyone needs a nice little break sometimes. That includes your favourite players. As much as hockey’s a physical game, it’s also a mental one too. It’s crucial for hockey players to be in the right mind set during the season. If a player is underperforming for no reason at all, it could just be in their head. It’s better to let them reset now then in the middle of the season when it might be too late.

This only applies if your team is in desperate need of changing. Lucky you if they take advantage of this time to make some major moves! Hopefully it all works out and this new squad has better chemistry. When it comes to all of the pieces fitting together, patience is key, hang in there!

During the off season, most players leave the city they play for and go back to their hometowns. While they’re back home, many of them tend to take advantage of beer league hockey with random strangers. This is a really smart way for them to stay in shape while they’re home! Imagine going out to play pick-up with your buddies and step on the ice to see Connor McDavid on your team.

♬ I Know It's True - Psyched on Sound