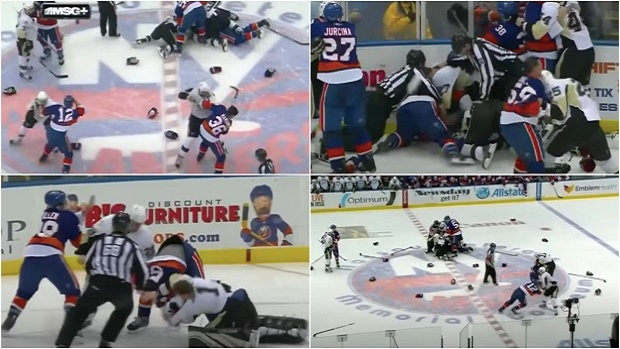 Players were able to get away with a lot more of the rough stuff in the old school NHL, but that doesn’t mean the games weren’t full of penalties. After all, fighting was a lot more common on a nightly basis.

In the history of the NHL, there has been 7 games where both teams combined for 65 penalties or more, and all 14 teams involved in those games totalled a minimum of 30 penalties each.

The only game on the list to take place within the past decade happens to be number seven on the list. Back on February 2, 2011, the New York Islanders and Pittsburgh Penguins combined for 65 penalties. The Islanders received 34 penalties to the Penguins’ 31, but the Isles won the game, 9-3. New York’s penalties totalled 183 PIM, while the Pens’ 31 totalled 163 PIM. 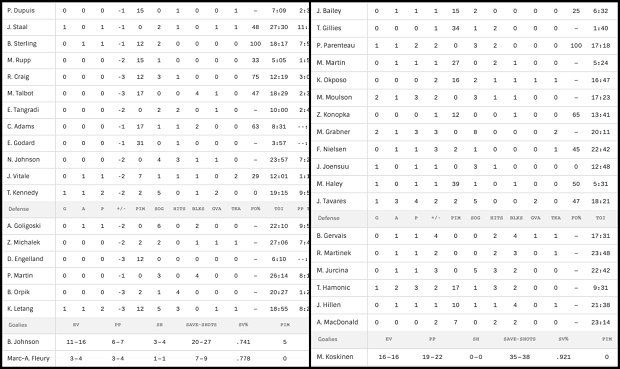 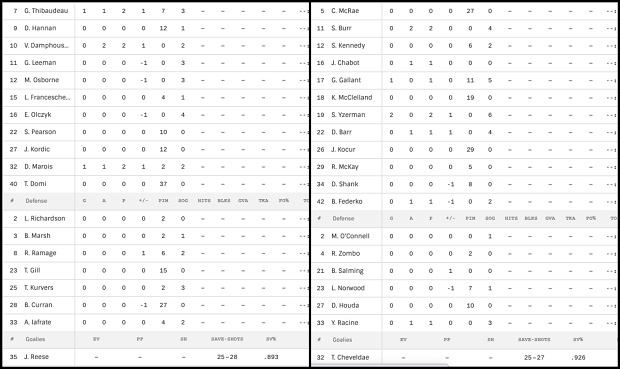 The Ottawa Senators and Philadelphia Flyers combined for 66 penalties on March 5, 2004, and there were a lot of majors handed out that night. The Flyers received 34 penalties for 213 PIM, while the Sens received 32 penalties for 206 PIM, but the combined 419 PIM is an NHL record for most total penalty minutes in a single game. 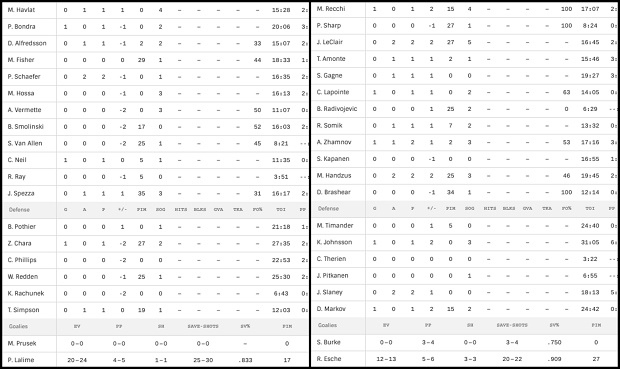 Chicago Blackhawks fans got the ultimate Christmas present from their team back in 1988. On December 23, the Blackhawks and the Detroit Red Wings combined for 72 penalties and 308 PIM in what ended up being a 7-2 win for Chicago. 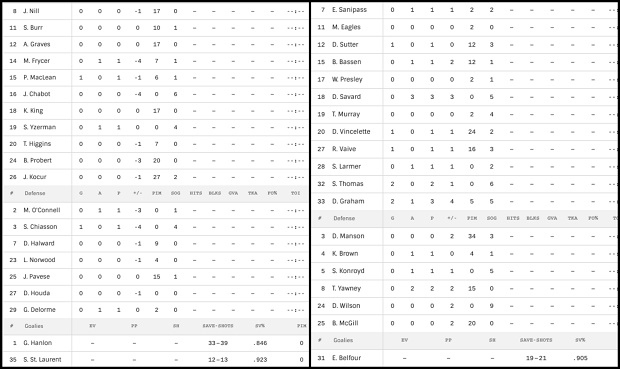 The Minnesota North Stars took part in the second and third most penalized games in NHL history. On March 31, 1992, the North Stars defeated the Buffalo Sabres 5-3 in a game where the two teams combined for 72 penalties. Each team received 36 penalties, except Buffalo’s penalties totalled 188 PIM to Minnesota’s 172 PIM. 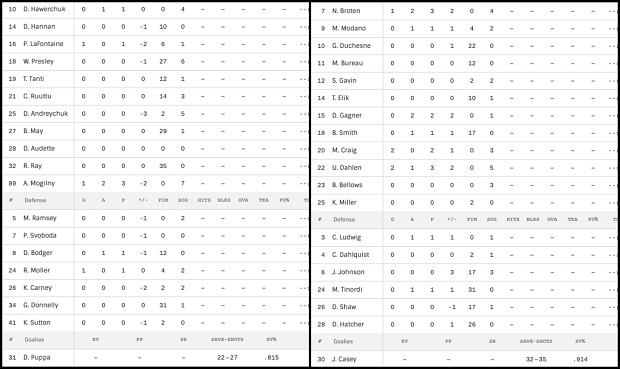 On February 26, 1981, the Boston Bruins defeated the North Stars, 5-1, and the two teams combined for 84 penalties, the first time NHL history more than 80 penalties were handed out in a game. The penalty count was even at 42 apiece, except Minnesota’s penalties equaled 211 PIM to Boston’s 195 PIM. The two teams also set the NHL record at the time for most PIM in a game with 406.

The most penalized game in NHL history took place between the Edmonton Oilers and the Los Angeles Kings on February 28, 1990. In a game that the Kings won, 4-2, the two teams combined for 86 penalties with 45 going to the Oilers and 41 to the Kings. Edmonton’s penalties totalled 199 PIM, while LA’s totalled 157 PIM. 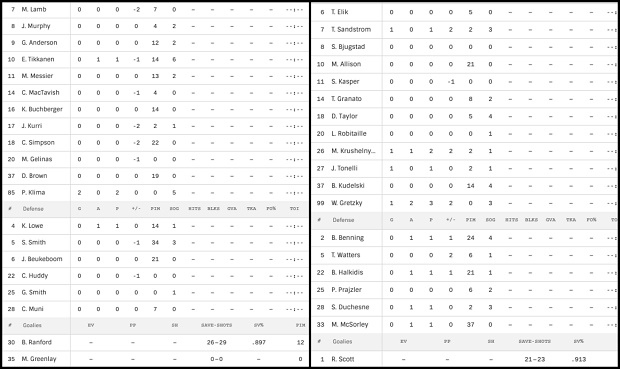 It’s been a while since we saw an action packed game like the ones on this list, but there’s always a chance it can happen again.