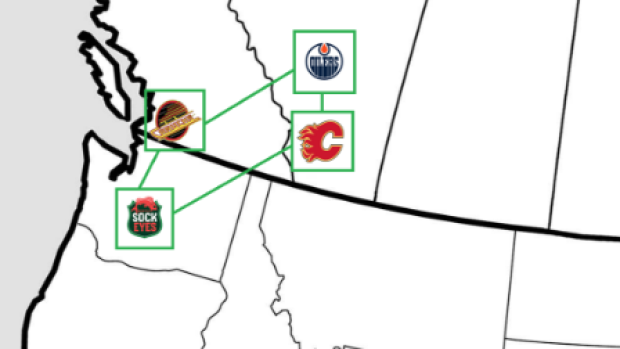 Right now, there are an odd number of teams in the NHL, but that's set to change sooner rather than later as all signs point towards Seattle getting a hockey team.

Rather than wait, this hockey fan, Reddit User ILoveKOTOR, decided to realign the divisions and the results were quite fascinating.

Here's the quick rundown of the realignment, 8 divisions with 4 teams in each, just like the NFL.

You're probably wondering how this hockey fan decided on which team went in what division and there was an explanation that came along with the graphic.

The focus was on keeping the big rivalries going, but some of the complaints centred around some rivalries that were missed and travel for certain teams.

That said, it's not hard to get on board with this realignment (if it happens) and as long as the main rivalries are intact, we're on board.