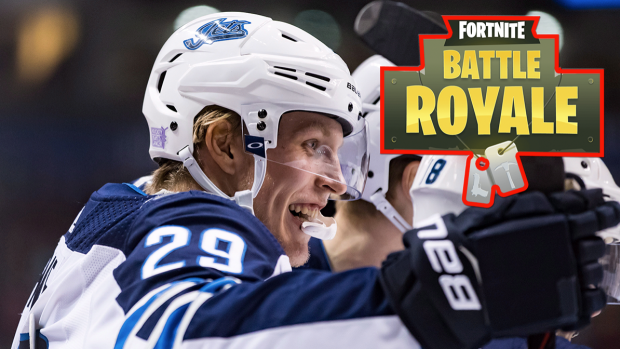 As everyone knows, Patrik Laine is an avid 'Fortnite' player and right now, he's also the league-leader in goals with 19 thanks to a ridiculous stretch.  The 20-year-old has scored 11 goals in his last 4 games after starting off the season slow in the scoring department.

The reason we mentioned Fortnite off the top is because it appears as though a Reddit User by the name of "jimmyjay90210" has been keeping tabs on Laine's Fortnite activity and made a connection to his hot streak of late and the game.

You probably think this is fake and we did at first, too, but upon further examination, another Reddit User, REDZED24, shared with everyone where all of the info is from. 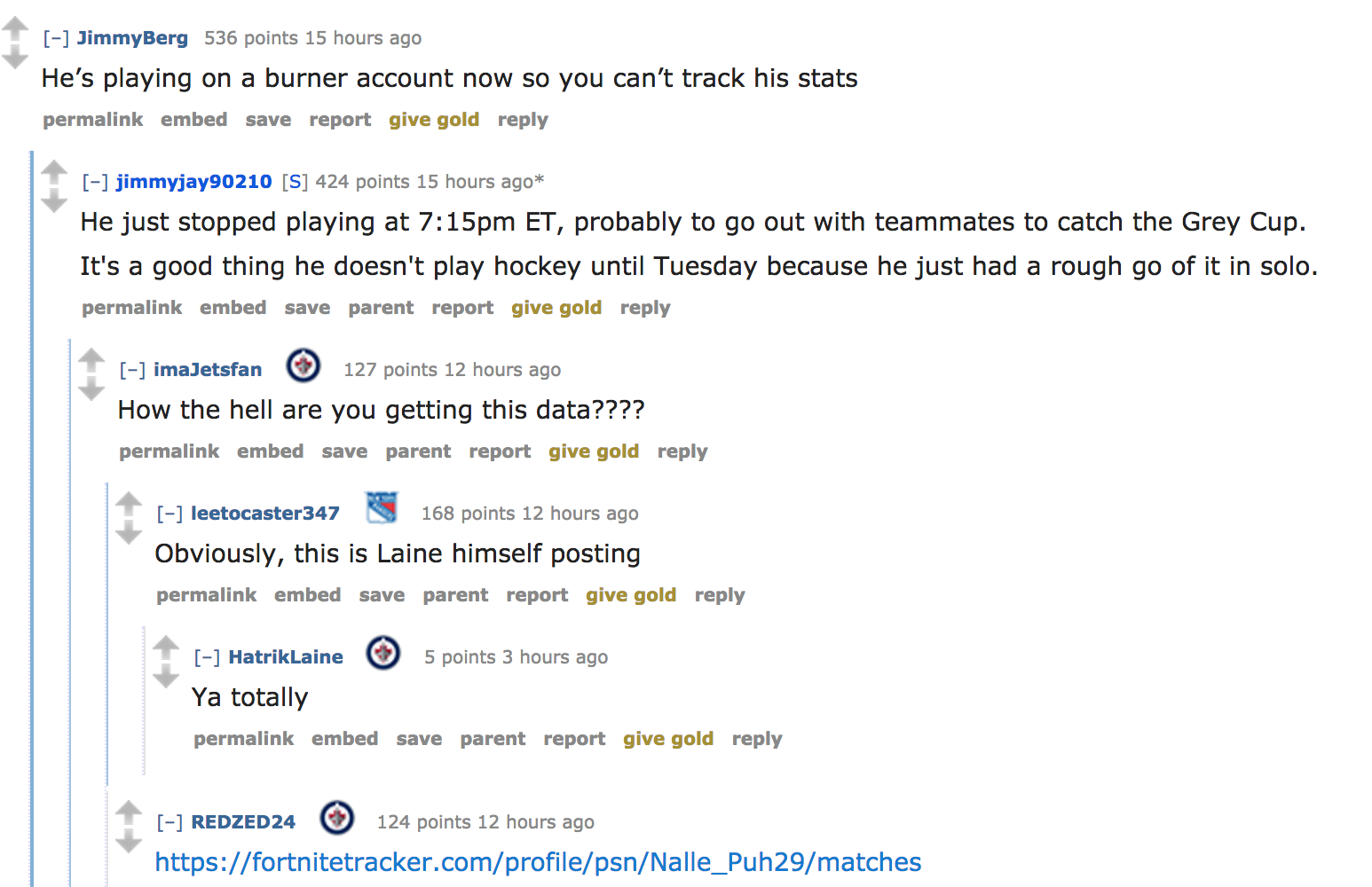 That website apparently keeps track of everyone playing Fortnite and when Laine played the game on Barstool Sports, his username was revealed to the world. 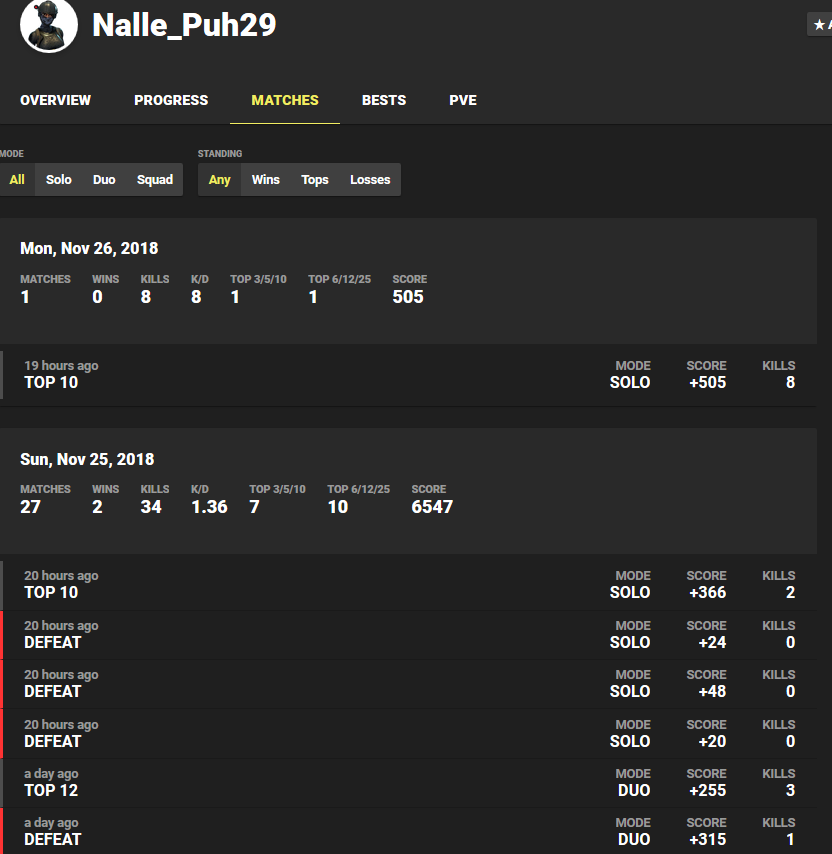 Nalle_Puh29 is his username and we know we plays on PS4, so everything seems to check out.  We understand there's skepticism, though, and it's entirely possible that he shares his account or something similar to that.

That said, all the info seems like it checks out and I guess Jets fans can thank that day of rest for Laine's torrid scoring streak.