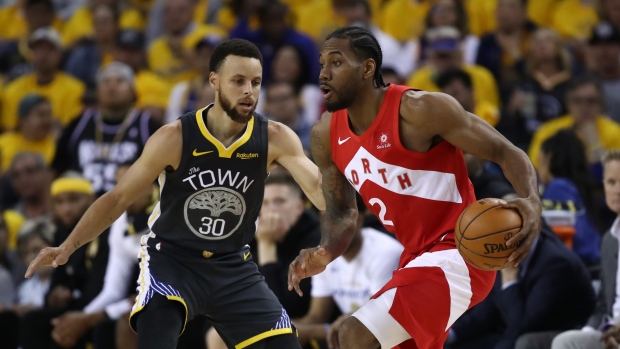 Or so some thought. If you frequent Twitter, then there's a good chance you saw an anecdote about Kawhi Leonard loving red apples.

Leonard is one of the most interesting players in the NBA from a personality standpoint because his answers are often different and refreshing from the regular athlete. Whenever there's a story about him, fans flock to read the article or watch a video of him just to understand his persona.

The red apples story turned out to be fake, but that didn't stop hundreds of people from initially falling for it. Give it a read below.

Imagine the Klaw just munching back red apples and saying "apple time" during a team dinner. He could probably fit more than one regular-sized apple in his hand, after all.

Given Kawhi's secretive personality, one could've easily fallen for it, but the internet did their due diligence and realized that the person who tweeted it was, in fact, a comedy writer.

Keep your eyes peeled for more to learn about the core of Kawhi, and ask yourself "is this really true?"