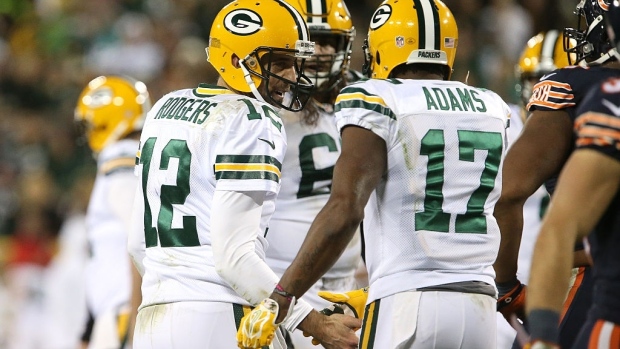 Green Bay Packers fans, you may need to put your seatbelt on for this one.

During this entire off-season, it felt pretty much like the Aaron Rodgers reality show. Truly, he reigned as the main story within the league the second that he and the Packers were beaten by the Super Bowl Champions Tampa Bay Buccaneers in the NFL Conference Championship.

Was he going to return? Well, that's still the narrative football fans are trying to decode.

And following a social media post by both Rodgers and Davante Adams, we may be one step closer to knowing where the two’s football journeys lay following tons and TONS of speculation of the two both leaving.

Taking to Instagram, both Rodgers and Adams posted matching photos of Michael Jordan and Scottie Pippen from “The Last Dance” which we all know was about the final season of the 1990’s Chicago Bulls dynasty.

So will this be the last time the duo will play together in Green Bay?

We guess we’ll have to stay tuned to find out!