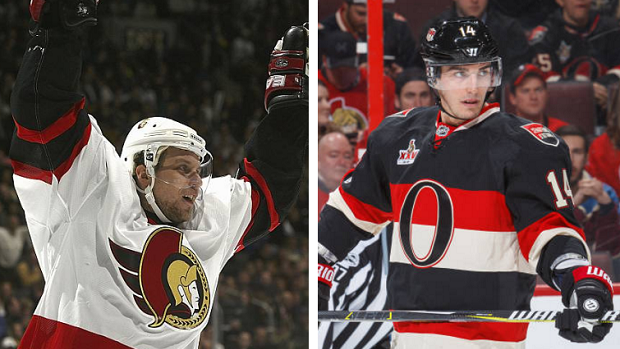 Ottawa Senators fans have started a movement that has caught the eye of the team’s new president and CEO, Tom Anselmi.

According to Ken Warren of the Ottawa Citizen, Anselmi is considering a logo change, and is considering the heritage “O” sweater, partly because it “has inspired a lot of people”.

There may be a specific group of people that he is talking about. The hashtag “#GoWithTheO” is meant to push the Senators to switch away from their current jerseys and commit full-time to heritage logo. This is the jersey that they wear on occasion now and started a huge buzz when Rihanna donned it for no apparent reason in 2013.

Although fans are pushing for the “O” style, not everyone is stuck on that exact design. Several people who are pushing hard for #GoWithTheO have released concept jerseys which often include Sens logo from the ‘90s and they look amazing.

so far, these are the possible #senators concept jerseys. which set do you prefer? RT with your answer! credit to @Le_Collectif pic.twitter.com/Mbohg3en2C

Our favourites are by far the first tweet posted there designed by @Le_Collectif. Those red ‘90s alternates would have a case for best jersey in the league.

Either way, the Senators have had a lot of jersey changes in recent years, and it appears they want to stick with something for the long haul. Going with something from the team’s heritage is always a good way to do that.

Until then, we’ll keep admiring the fan work that comes out of the movement. It's gone a long way back as people even started creating artwork in the heritage style for the Sens 25th season.