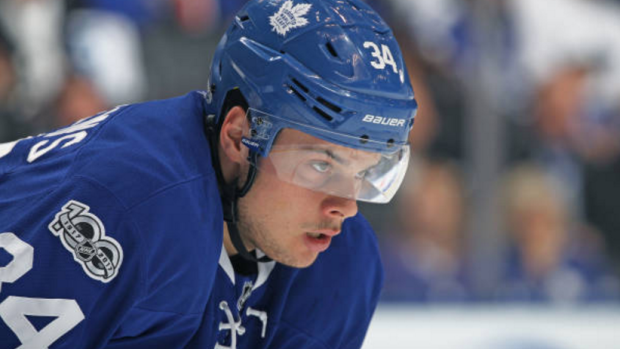 Although every player wants to play in the NHL playoffs every year, the reality is that just doesn't happen (unless you've been with the Red Wings forever).

Sometimes you miss out, and sometimes even when you make it, you're not in the playoffs for long.

The #Ducks are moving on after defeating the #Flames 3-1 to complete the sweep.

That said, the hockey season doesn't end if you don't make the playoffs or if you are eliminated in the first round of the playoffs thanks to the World Hockey Championships.

This year, the tournament is in Germany and France, and countries wait to finalize their rosters as players eliminated from the playoffs could choose to play for their country.

Morgan Rielly says he would be interested if asked to play for Team Canada at the worlds. But hasn't heard yet from the team.

Big name players choosing not to play, however, is a common thing.

Kane still weighing whether to go to Worlds. Toews not going.

One big name player that won't be going to the Worlds is Auston Matthews.

Matthews confirms he won't be joining Team USA for the worlds. Needs a break. Can't blame him.

Matthews says he talked about his decision about the worlds with Lou Lamoriello this morning. And with his parents. Just feels worn down

Auston Matthews on his decision not to represent 🇺🇸 to Worlds pic.twitter.com/PIK1I5onfA

The decision is perfectly reasonable and acceptable when you consider the season Matthews had.

Matthews, though, was the only rookie to play in every regular season game, playoff game and participate in the World Cup of Hockey before the season.

The 19-year-old has played a ton of hockey in a short amount of time and his body needs a break.

Auston Matthews asked how his body feels after his first year: "Exhausted," he smiled.

Everyone wants the best players in the world to represent their country whenever they have the chance, but Matthews has plenty of time to do that.

For now, though, rest and getting ready for next season is the priority.

Matthews on his goals for off-season training: wants to improve his explosiveness, improve his speed