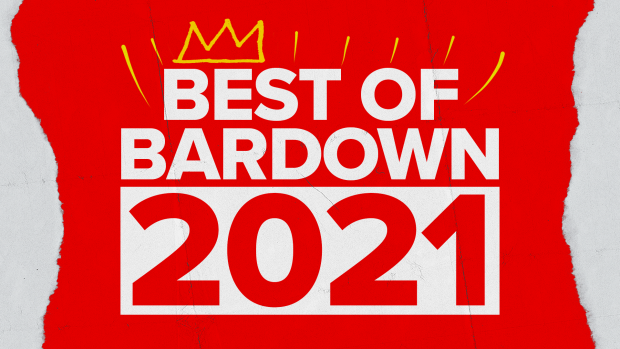 The last 12 months was another year that saw the sports media industry be largely impacted by COVID-19.

With that said, there were still many incredible moments for Canadian sports, and the BarDown team didn’t let anything stop us from capitalizing on them. It was yet another year of domination in the digital sports world for the brand.

From individual achievements to team accomplishments, BarDown managed to creatively highlight some of the top moments in the country by Canadian athletes this year.

The Montreal Canadiens shocked the hockey world and reached their first Stanley Cup Final since 1993. The underdogs came back from being down 3-1 in the first round against the Toronto Maple Leafs to falling in game 5 of the Finals to the Tampa Bay Lightning. Canadiens goaltender Carey Price was a wall, leading the Habs to their noteworthy run.

Corwin McCallum was in Montreal and produced a fun interactive video of him apologizing to fans for ever doubting their goalie.

Julia Tocheri was in Calgary for the tournament and gave fans a behind the scenes look inside of Team Canada's dressing room at the Championship.

The Grey Cup returned to Canada! The Winnipeg Blue Bombers defended their 2019 championship two years after the COVID-19 pandemic delayed the CFL’s regular season. The Bombers defeated the Hamilton Tiger Cats 33-25 in overtime for their 12th Grey Cup title in franchise history.

Hockey Canada and the International Ice Hockey Federation found a way to make the 2021 IIHF World Junior Championship still go on. The Championship was played in a bubble safety zone at Rogers Place in Edmonton without fans in attendance. Team Canada won its 10th silver medal after falling 2-0 to Team USA.

Corwin was in the bubble working but decided to attend one of the games as a fan. He documented his experience as the only one there!

The Toronto Raptors returned home to the Scotiabank Arena on October 4th, 2021 for the first time in 584 days when they hosted the Philadelphia 76ers in a pre-season game. A new segment called, ‘'The Price is Wrong' featuring the 2021 Toronto Raptors was able to take place at home.

In the first edition, Daniel Zakrzewski had the team each guess how much their fans have to pay for merchandise.

These last 12 months have been a rollercoaster but a memorable one to say the least. While we don’t know how things will play out in 2022, the BarDown team is more than prepared to continue to excel in the world of digital sports no matter what!