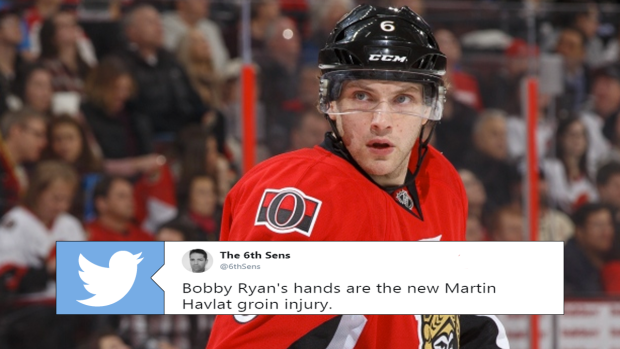 Bobby Ryan’s history with finger and hand injuries is one of the more oddest tails you’ll ever hear about in the hockey world, and it’s reached a level of absurdity.

Over his ten year career, the Ottawa Senators forward has been diagnosed with 8 different injuries related to either his hand, wristS or parts of his finger. 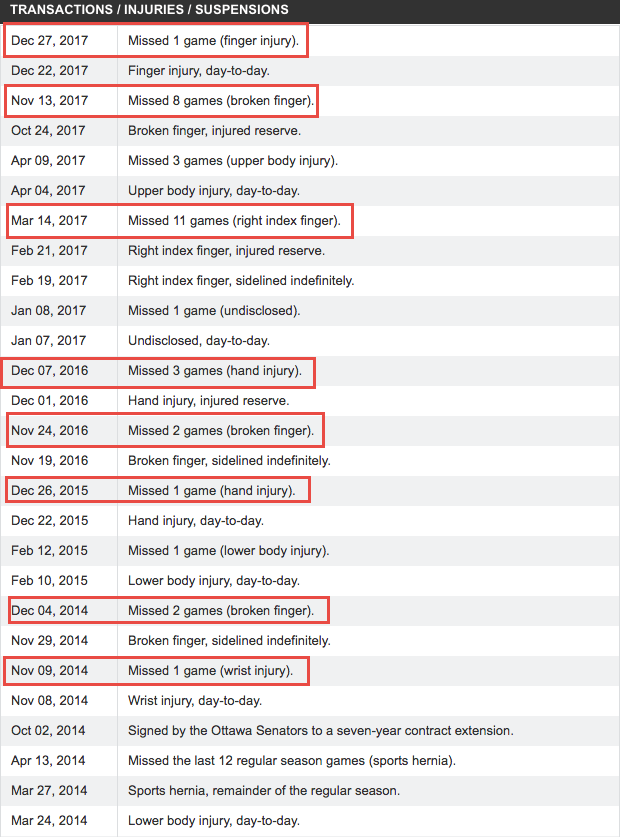 Earlier this season, Ryan broke his right index finger for the second time in eight months after getting in front of a shot from defenceman Ron Hainsey.

By missing eight games, it marked the fifth straight season where the 2nd overall pick in the 2005 NHL Entry Draft had missed a game due to an injury involving one of his hands.

As if it couldn’t get any worse, the 30-year-old was absent from the Sens lineup during their 4-3 win over against the Maple Leafs on Wednesday night after being forced to leave in the third period the night before against the Blackhawks.

That marked the third hand injury in the previous 12 months for Ryan.

“Bobby Ryan's hand is like that 1 tree or 1 branch in the fairway...you're going to hit it”

Talk about bad luck. For someone that has such sweet hands as Ryan does, it’s rather unfortunate to see someone be so plagued with the injury bug like that.

The Cherry Hill, New Jersey product even inspired someone to create a custom t-shirt around Ryan’s hands. 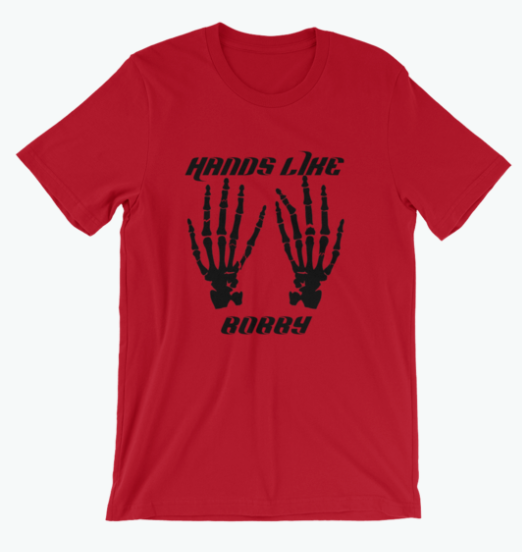 Thankfully for Ryan and the Sens, the club is on their bye week and wont play until Thursday, January 18th, giving the team seven full days in between games.

Along with Ryan, Ottawa is currently missing Nate Thompson, Johnny Oduya, and Mark Borowiecki to injuries.