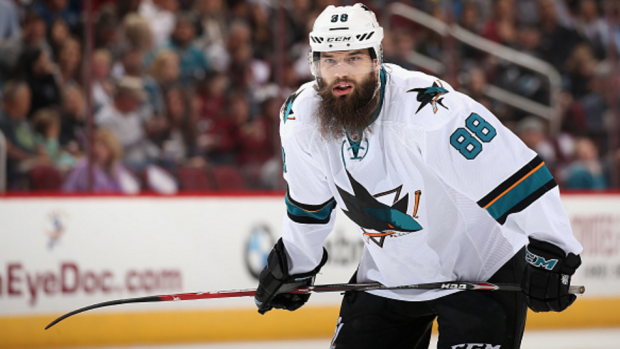 Aside from Connor McDavid's ascent to superstardom and Sidney Crosby's sensational scoring numbers this season, a big storyline in the NHL is the career year Brent Burns is currently on pace for.

Entering play Tuesday night against the Jets, Burns had 50 points in 48 games, 20 of which were goals.

Burnzie continued his hot play by scoring the game's opening goal in Winnipeg for his 21st goal of the year, and it was an important one as the Shark continues his journey towards history.

It's insane that Burns could actually finish the season with 35 or more goals.  At this point, it's not just a pipe dream, it's very realistic.

The accomplishment would also be very historical, too, as Paul Coffey was the last defenseman to score 35 or more goals in a season back in 1986.  He scored 48 that season.

Not including the game against the Jets Tuesday night, Burns has scored three goals in his last five games.  If he keeps that pace up, the All-Star will be in the history books come the end of the season.