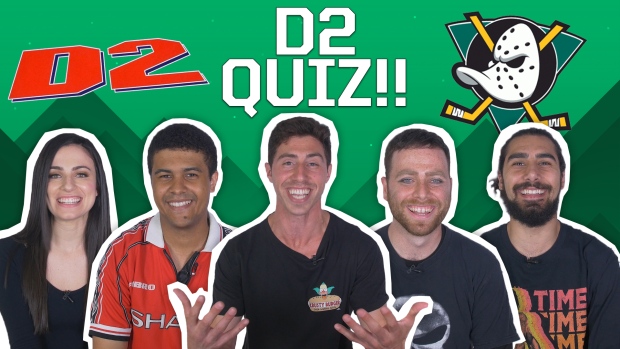 There have been a ton of great moments since the inception of the Quiz, but there's one moment that still gets mentioned to us CONSTANTLY and you only need one word to describe the moment, "Ducksworth."

It was controversial and we know for a fact that moment changed Luca and Jesse forever.  One eventually went on to become the Season 2 champion, while the other currently hasn't won a quiz since December of 2018.

Jesse had a chance for redemption, though, in the latest edition of the quiz and the topic was one chosen by the fans, D2.  As you'll soon see, there were a few surprises in the third quiz of Season 3, starting with Corwin being behind the camera for the first time AND we finally got Sam's punishment for coming in last in the opening quiz of the season.  As always, enjoy and let us know how far you got!