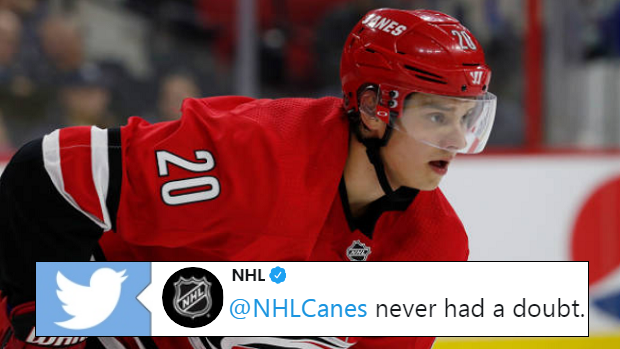 It’s not exactly surprising that the Carolina Hurricanes decided to match the Montreal Canadiens’ modest five-year, $42.27 million offer sheet to Sebastian Aho. But just how quickly they made their decision might catch you a bit off guard.

$8.454 annually is a reasonable price for someone of Aho’s caliber but still, the number is nothing to sneeze at. It instantly made the 22-year-old the highest paid player on the team (by nearly $2.5 million ahead of Jordan Staal), however, there was clearly no hesitation from the Canes considering it apparently took all of… two minutes for them to make their mind.

General manager Don Waddell explained how the team came to its decision to match at 2:42 PM after receiving the news at 2:40 PM on July 1.

Match an offer sheet for @SebastianAho?

Bergevin eventually touched on the offer but refrained from going into too much detail. Had Carolina not matched, Aho would have become the team’s highest cap hit. Montreal now sits with more than $4 million in available cap space with no one to sign until next summer.

The Hurricanes are set to host the Habs in their opener, so yeah… things might be a little awkward in that one.