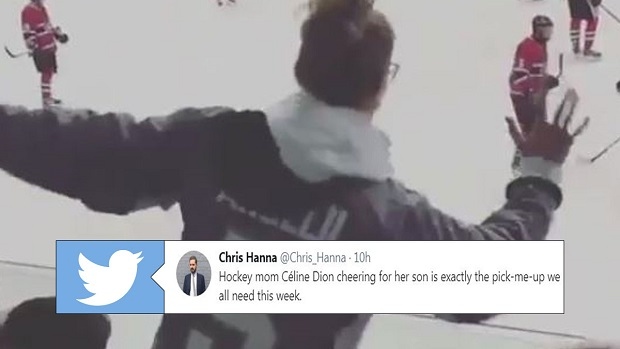 Céline Dion has been an international star for quite some time now and her fan base is about to get a little bigger.

The Canadian singer performs year round in Las Vegas so she lives in Nevada, but she recently made a trip to Montreal to cheer on her 16-year-old son, René-Charles Angélil, in a friendly hockey game.

Rocking a Vegas Golden Knights jersey with her son’s last name and the No. 5 on the back, Dion couldn’t help but put her excitement on display throughout the game and it was all caught on camera.

Hockey mom Céline Dion cheering for her son is exactly the pick-me-up we all need this week. pic.twitter.com/NPSZgAZxQs

She also took some time during the game to snap some photos and selfies with fans who were in attendance.

She might be seen around the world as an international superstar, but she’s just an average hockey mom when she’s taking in her son’s hockey games.

Great time at the Duck/Predators game today. Thank you PK for taking time out after the game to come and see me, you're a class act! Go Preds!!