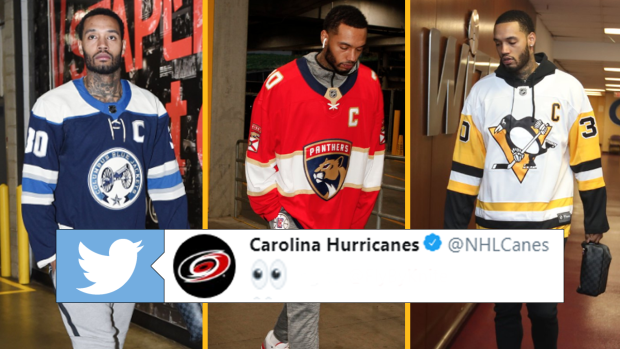 Maybe hockey fans will too now.

Scott, the former Atlanta Hawks and Washington Wizards player, averages 14.2 minutes each game, but it’s the minutes before the game even begins that we want to talk about. The forward, who claims he doesn’t even like hockey, has been seen consistently arriving at games wearing hockey jerseys.

How have we not discussed Mike Scott (Clippers) showing up to games dressed in hockey jerseys? pic.twitter.com/N0KLsep91H

I may have went down .. pic.twitter.com/gZy88OkpXS

Some may be wondering, just how many hockey jerseys does this guy own? Well, we have an answer straight from the horse’s mouth now. Scott told a broadcaster that he has upwards of 170 hockey jerseys!

170! That’s insane! To put it into perspective, there are NHL stars that have suited up in an NHL jersey for a regular season game less times than that number.

Some are surprised to find out that Scott actually attended his first hockey game just over a year ago. While a member of the Wizards, Scott got to watch Alex Ovechkin score the overtime winner as the Washington Capitals sunk the Anaheim Ducks 3-2.

Hockey is starting to take over the NBA hallways these days…