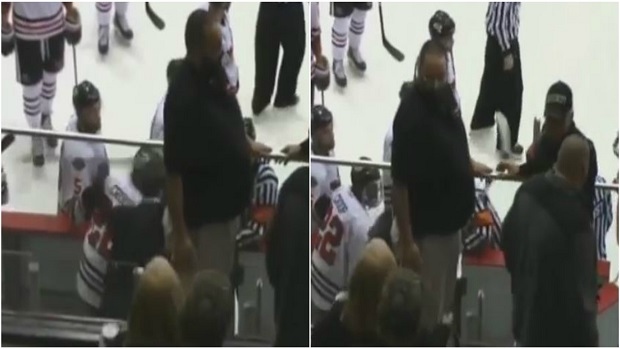 Andre Niec swings a stick at a referee , Instagram/rob_babiak

This past weekend, North Carolina and Port Huron went head-to-head in a three-game series and Thunderbirds head coach Andre Niec was not pleased with the officials by the end of it all.

Things got very physical between the two teams late in the game as they combined for 50 penalty minutes in the final three minutes and 42 seconds of the game, and then another 30 penalty minutes were handed out once time expired.

Niec was not pleased with how things ended and received 10 penalty minutes and a game misconduct for taking a swing at the referee with the stick.