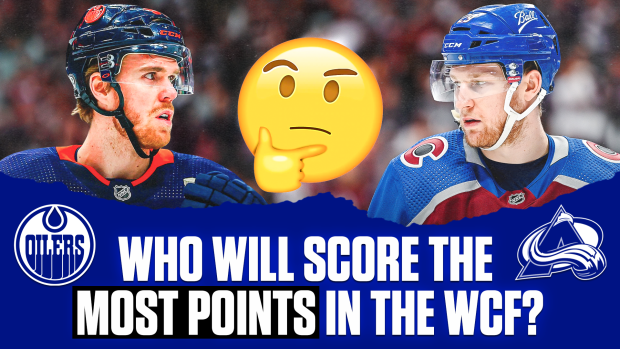 What a time for hockey fans!

The Hockey gods blessed all of us with one of the most enticing match-ups in NHL playoff history. Connor McDavid and the Edmonton Oilers against Nathan MacKinnon and the Colorado Avalanche.

Two of the NHL’s TOP stars going head-to-head for a chance to make it to their FIRST Stanley Cup Final??? Is it June or is It Christmas?

The only question is… who will individually come out on top? The expectations were high and they did not disappoint.

Game 1 of the Western Conference final already took place on Tuesday with the Avalanche taking Game 1 with an 8-6 victory. MacKinnon casually scored two goals, while McDavid put up another multi-point performance. McDavid may have won the night but MacKinnon is one step closer to being in the Stanley Cup Final.

During the day at the office, BarDown’s Raegan Subban thought it would be fun to play a little game of this-or-that with the squad. Since McDavid VS. MacKinnon is all anyone seems to be talking about, Raegan decided to ask the team who they think will score the most points between the two of them. The results might shock you:

@bardown Who will have more points in the Western Conference final: McDavid or MacKinnon? 🤔 #nhl #hockey ♬ I Like To Party - Official Sound Studio

(Before you ask where Luca is… he’s in Colorado for the series!)

The people have spoken! Who do you think will score the most points in the Western Conference Final?