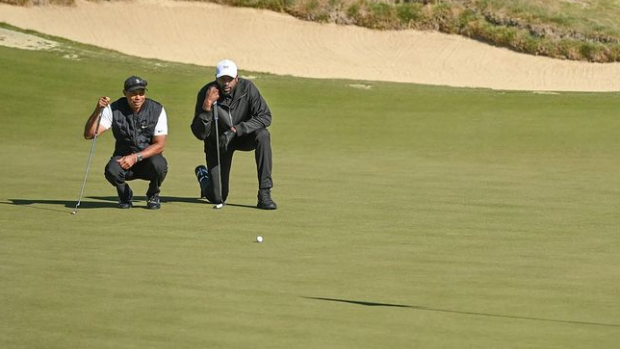 As you likely know by now, Tiger Woods was involved in a serious single-car accident in which he lost control of his car just outside Los Angeles and flipped. Woods was transported to hospital with serious injuries to his legs, and the sports world shared their thoughts and well wishes across social media.

Not long before the crash took place, Woods was with another legend from the sports world. Wade shared a photo golfing with the game’s best, explaining that Tiger was the reason he, and many other Black folk, picked up a golf club in the first place.

After hearing the news, Wade was understandably shook. On Wednesday, Wade joined NBA on TNT to discuss Tiger’s meaning to him, and the golf lessons he’d received not long before the devastating crash.

Woods is recovering in his hospital room after lengthy procedures left him with rods, pins, and screws stabilizing his legs. Best wishes, Tiger!