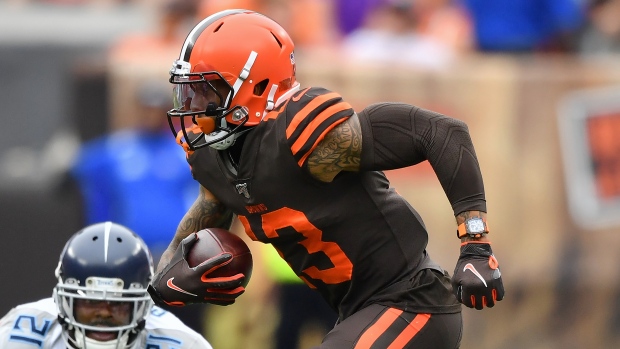 There were a lot of eyes on the new-look Cleveland Browns in Week 1, and Odell Beckham Jr. found another way to turn some heads when he busted out a $350,000 Richard Mille watch in-game.

This is reportedly a violation of NFL policy, which rules against wearing hard objects on the field, although the league elected only to speak with OBJ instead of coming down with any kind of fine or punishment.

So... OBJ is just going to keep wearing the watch.

#Browns Odell Beckham Jr said he wants it to about football, not the watch. Says if it was anyone else it wouldn’t have been an issue. If $20 watch, not an issue. Plans to wear it again

Will the NFL actually take action against OBJ? It may be a violation of league policy, but perhaps not a serious enough one to make a huge deal over, especially if OBJ is right about the league’s actual concerns over the watch.

Anyway, the Browns have bigger issues to sort out, after falling flat in Week 1 against the Titans. They’ll get the Jets this weekend.

OBJ’s first catch as a member of the Browns 💨