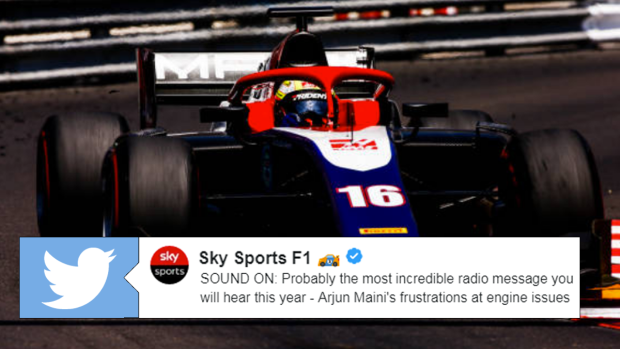 It wasn’t Arjun Maini’s day on the track, and he let his team know it.  A clip of the F2 driver from India has emerged in which he is sounding off over the team radio, which eventually leads into what sounds to be like somewhat of a tearful meltdown.

Following engine issues that he later said have been persisting all weekend, Maini was not a happy driver. He claims that throughout the weekend his car lost 7km/h down the straight, and apparently it was due to a mechanical issue.

"They said there was a pipe that was melting, we replaced it for qualifying and it melted again. I had no straightline speed again compared to my team-mate or anybody else,” he told motorsport.com

Well it seems like Maini certainly had reason to be upset, nobody was expecting that kind of radio rant out of him. We're sure his team will pay extra attention to ensure their driver stays happy.