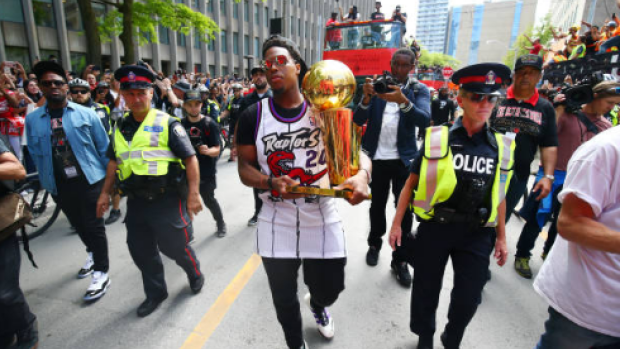 When you win the NBA Finals and are asked to give a speech to your fanbase at the parade, you better make sure there are no marbles in your mouth.

For Kyle Lowry, who doesn't drink by the way, that meant taking out his Invisalign.

Several of the Raptors were asked to go on stage and speak with the fans at Nathan Phillips Square during Monday's celebration.

When Raptors play-by-play man Matt Devlin called up Kyle Lowry to share a few words, cameras quickly caught Lowry taking out his Invisalign braces and putting them inside his pocket.

Things I learned from the @Raptors parade:@Klow7 wears @Invisalign 🦷

Don't be surprised if you see Invisalign sign Lowry as their latest spokesman.