LeBrun: Firing 'speaks to the urgency of the moment' for the Habs

Weise, who played under Julien in Montreal for 32 games across the 2018-19 – 2019-20 seasons, went on a bit of a Twitter spree upon hearing the news. For starters, his first comment (which has since been deleted) was a response in the initial thread from the Habs saying that the firing was ‘overdue’. 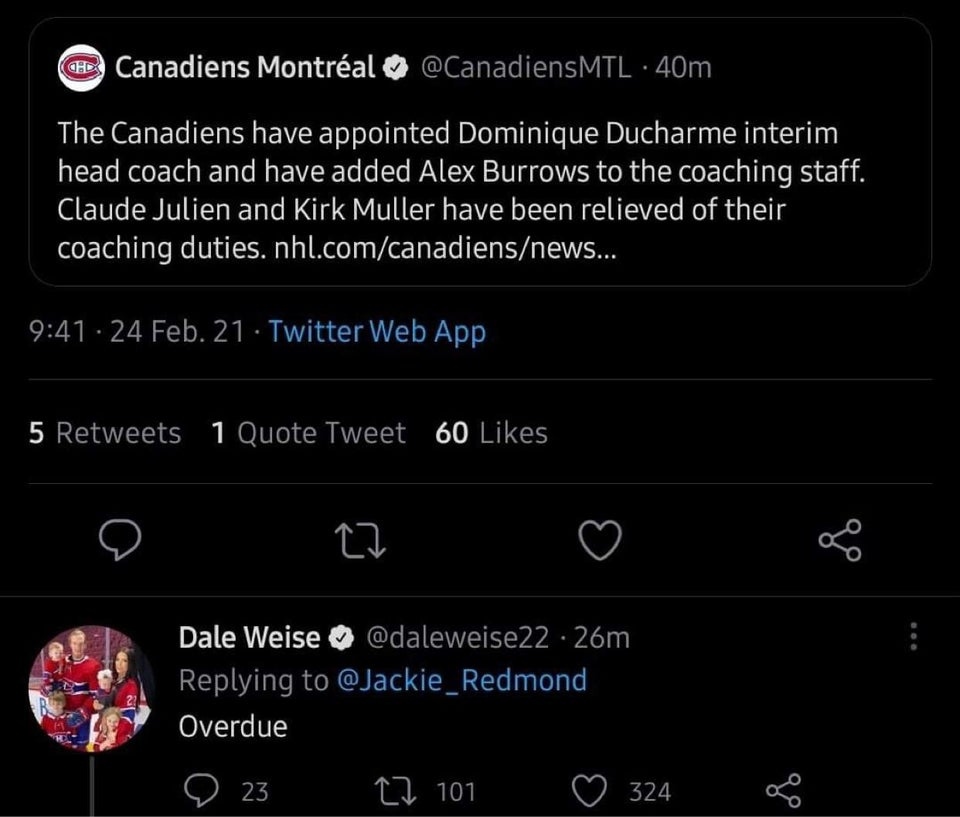 And that wasn’t all folks. Weise made sure to take a jab at his former bench boss about his tendency to take too many penalties, something Julien was known for during his time in Montreal.

He did clarify, however, that his comments had nothing to do with their personal relationship.

After playing his best seasons with the Canadiens from 2013-15 (29, 26 points respectively), Weise recorded 1 goals and 4 assists in his last 32 games in red white and blue. Clearly, the former Habs bench boss was not adored by all of his players…