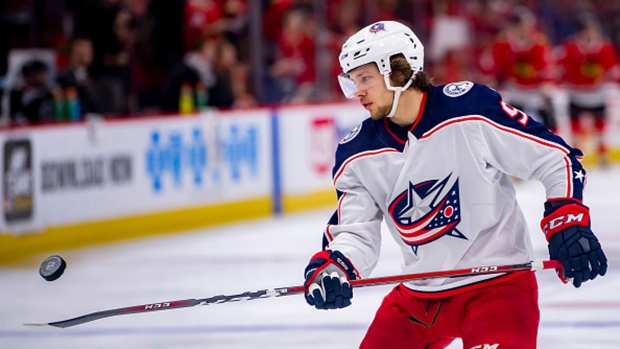 We're less than a week away from the NHL trade deadline and we're starting to get a good read on where some of the biggest names in the rumour mill could end up.

Two of the bigger names at the top include Wayne Simmonds and Artemi Panarin, who are set to become unrestricted free agents come July 1st, barring any contract extensions before then.

Frank Seravalli is at the forefront of generating the top trade targets for TSN's Trade Bait board. On Monday, Seravalli released the final edition before the deadline with Panarin leading the pack.

Star power & depth define Trade Board a week before #TradeCentre. Which player would you like to see traded to your team? 🤔👇

Speaking with Rod Smith, Seravalli explained that there's a holding pattern from interested suitors who are interested in the Russian's services. Blue Jackets GM Jarmo Kekäläinen wants concrete offers during dialogue from teams and is no longer interested in "tire kicking." The hold-up on a deal? Teams talking to Kekäläinen are also interested in Mark Stone, and until the asking price is known for the Senator, then teams such as Boston, Nashville and Tampa Bay will have to wait closer to the deadline to know where they stand unless an offer is presented that's simply irresistible.

Another right-winger who is generating interest is Wayne Simmonds, who's also drawn the intrigue of Bruins, Preds and Lightning, along with two Canadian clubs.

"The Tampa Bay Lightning, Winnipeg Jets, Nashville Predators and Boston Bruins are believed to be interested. The Scarborough, Ont., native would also be a prime fit with the hometown Toronto Maple Leafs, though GM Kyle Dubas is on record as not being wild about rental additions, said Seravalli last week.

Simmonds, 30, has registered just 27 points (16 goals, 11 assists) in 59 games and will likely see his scoring output decrease for the third straight season. At his peak, Simmonds was a perennial power-forward, and his style of play is still an attractive addition to any contender looking to add an element of physicality and secondary scoring despite his decrease in production.