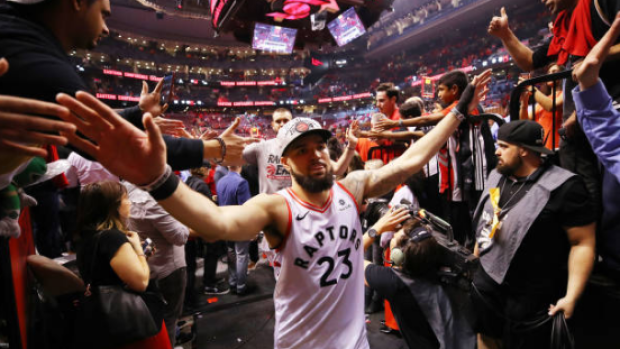 They say welcoming a child into the world will forever change and humble you.

For Raptors point guard Fred VanVleet, the birth of his Fred Jr. was a pure source of inspiration, both on and off the court.

Fred Jr. was born on May 20th, 2019, which happened to land on the off-day between Games 3 and 4 as the Raps headed back home down 2-0 to the Milwaukee Bucks.

There's no denying Fred Sr.'s lack of production in the post-season, but that all changed after Fred Jr. came into the picture. Check out the pre and post-birth numbers.

Yes, it's a small sample size of only 15 games compared to 3, but you have to admire Fred scoring four times as much, including finding his stride from the three where he went 14-17.

VanVleet's production off the bench was a key factor in the Raps taking the series over the Bucks, as he was able to fill in for Kyle Lowry when need be and got hot right when they needed him the most.