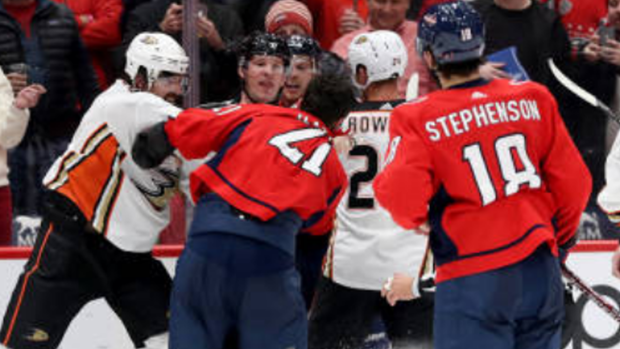 Hockey is a sport where emotions can certainly boil over. We’ve seen it many times before, and the fact that the sport allows actual fist-fighting helps to relieve some of that animosity. Sometimes players still cross the line.

That was the case during the Washington Capitals clash with the Anaheim Ducks when the two teams found themselves essentially in a line brawl. While the fisticuffs are normal, Capitals 4th liner Garnet Hathaway took things a little too far when he spat in the face of Erik Gudbranson.

Not a good look for the Caps’ forward. Hathaway received a match penalty for the incident, and there’s a good chance he’ll be hearing from the league about further discipline as well.

That’s not even to mention the next time he finds himself in the lineup against Gudbranson and the Ducks.