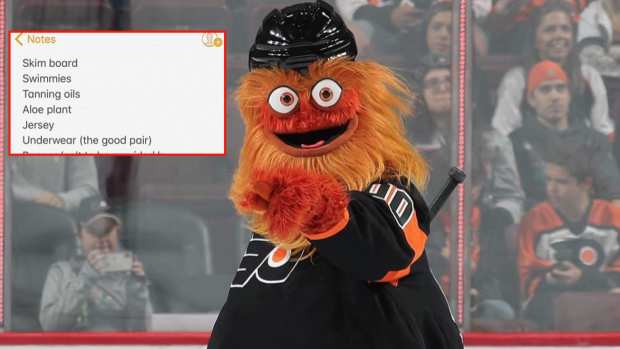 The best players in the NHL aren't the only ones headed to All-Star weekend in San Jose.  The mascots will also be there, too, and for one mascot in particular, All-Star weekend will be a first-time experience.

The mascot we're talking about is Gritty (of course) and ahead of the Flyers' mascot's first All-Star weekend, it tweeted out a spectacular list of things to bring and reminders.

Packing for my big All Star trip, tryna keep it to the essentials. Am I missing anything? pic.twitter.com/BolkKa6X8l

We have no idea what things like the rope or world atlas are for, but we've learned the less we know with Gritty, the better.

We're excited to see how the other mascots react to the shade thrown by Gritty as the Flyers' mascot isn't exactly a fan favourite among mascots.