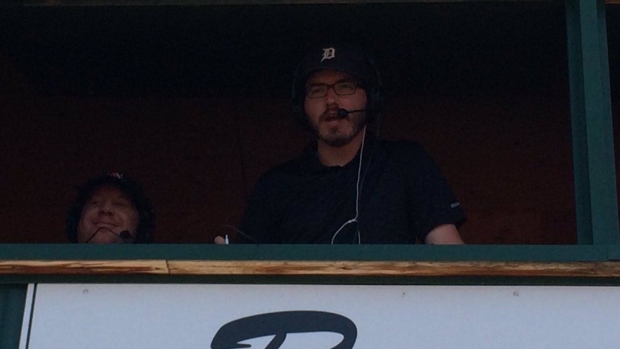 In the tragic bus crash that claimed the lives of 15 members of the Saskatchewan Junior Hockey League’s Humboldt Broncos, one among the dead was Broncos play-by-play commentator Tyler Bieber. According to the Saskatoon StarPhoenix, Bieber was well known in the Humboldt sports community as a “passionate volunteer,” who had a hand in many different sports across all levels.

“My son was one amazing man. He would get up at 5:30 every morning and go to work, but his day didn’t stop there. After, he would volunteer with the high school kids — teaching them basketball, football, he taught the girls flag football — he had a real passion for that.” —Marilyn Hay, mother of Tyler Bieber

In addition to his volunteer work as a high school coach, Bieber was also the vice president of a touch football league in Humboldt, with involvement in the Big Brothers Big Sisters mentoring program and a football academy in Saskatoon as well. He was in his first year with the Broncos, which he had initially been hesitant about because of how it might affect his commitments to his pre-existing coaching and volunteer work.

Outside of his work-based sport life, Bieber frequently shared his thoughts on Twitter from the leagues he followed, including the NFL, NBA and CFL. It seemed like he was an avid fan of many different leagues, and especially of supporting Canadian sports:

Would love to see the Grey Cup back in Vancouver. Thoroughly enjoyed the 99th Grey Cup in 2011.

It's likely true that we all know somebody similar to Bieber — somebody who didn't just consume sports, but made sports their entire life and dedicated their work and their leisure time to following and supporting sports, certainly to the benefit of his community. He will undoubtedly be missed.

I always have a tremendous amount of respect for those in our industry who cover amateur/junior athletes.

Not a lot of glamour but those who do it truly love sports.

Tyler Bieber was the play-by-play guy for the Humboldt Broncos. He passed away in the tragic bus crash. No matter what level we call, all us hockey broadcasters are family and we will remember him. God speed Tyler.

Listened to Tyler Bieber all the time. The guy was a gem. Very involved in the community, super passionate, and just a great guy. The definition of what a sports broadcaster should be. Rest easy, friend. pic.twitter.com/aqBnmYG9TT