We finally have an idea of what the Ottawa Senators’ jerseys will look like next season.

Twitter user @Michael_Zupo posted a video to his Twitter account from what looked like a Sens Store that has since been deleted, of the team’s new (or old?) logo on Fanatics branded jerseys. The sweaters mimic the team’s initial look from 1992 and we have a feeling you’ll like what you’re about to see!

Reporting on yet another @Senators jersey leak today. Is anyone surprised anymore? Details on the blog!https://t.co/h306xvfShV 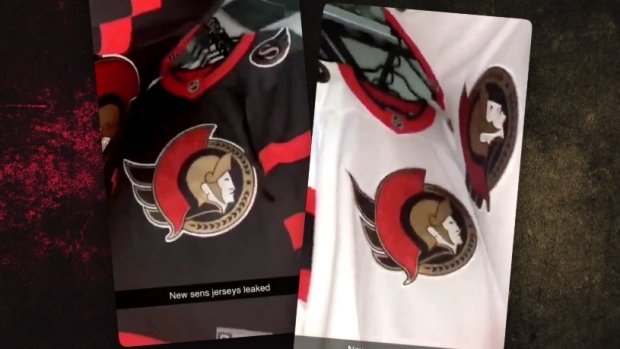 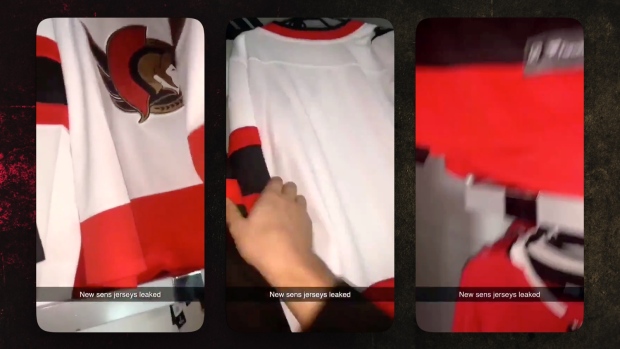 Wow. Doesn’t this just remind you of the days when Radek Bonk, Danny Alfredsson and Alexei Yashin were still in the league! Take us back!!!!

The Athletic’s Hayley Salvian initially reported the team had created mock-ups for a new jersey. Back in July, she described the white one as having “black forearms” and “a red stripe atop a black stripe running around its bottom edge, so the jerseys either experienced a change in design or the video just isn’t real. But in founder of Icethetics Chris Smith’s eyes, the video is real based on details from it. One thing we do know for sure is that the old logo is coming back.

Here’s a little concept of our own that we figured would look nice:

A possible look at the uniforms the Senators could be wearing next season. Do you dig the rebrand?? 🤔

The Sens will officially unveil their new sweaters ahead of Tuesday’s draft, so time will tell if these are in fact the ones they’ll be rocking next season.