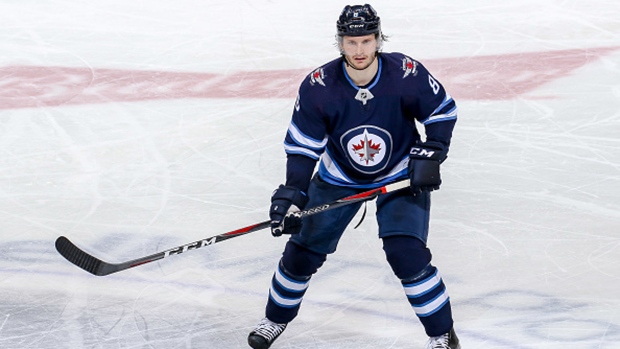 For years now, Jacob Trouba's future in Winnipeg seemed like it had a shelf life.

Ever since the right-shot defenceman held out to start the 2016/17 season,  there were rumblings that his time in Winnipeg would come to an end.

That ending point was on Monday, June 17th, the Jets shipped him to the big apple for defenceman Neal Pionk and a 1st-round pick (20th overall) in the 2019 NHL Entry Draft, the same pick the Jets traded to New York in the Kevin Hayes deadline deal.

On Tuesday, the 25-year-old Rochester, MI product spoke on a conference call explaining his reasoning as to why he wanted to leave Winnipeg.

Turns out, his desire wasn't to leave Manitoba, but rather play in the United States so his fiance could become a doctor in the country.

"Everyone kinds of views me and I guess most athletes just as athletes, but there's other goals in life that I have," Trouba said via Ken Wiebe of the Winnipeg Sun. "I want to be a husband and a father and all that stuff, and her career is important and she's worked extremely hard. I want to see the best for her as much as she wants to see the best for me."

“It’s a great opportunity for myself and my fiancée,” said Trouba, whose partner is about to start her residency in her quest to become a doctor. “Her career is as important as my career. Our goal from a couple of years back was we wanted to make this work."

A long-term extension would've meant that he'd be unable to live with her, hence why a move was made.

"He had some personal things that he wanted to see come to fruition," Jets general manager Kevin Cheveldayoff said Monday.

"And obviously with one year to unrestricted free agency, he had that prerogative moving forward."

Trouba and his agent, Kurt Overhardt, will meet with Rangers general manager Jeff Gorton sometime this week to discuss a contract extension.

"Everything's definitely on the table," he said. "I could see myself being in New York for a long time."

Trouba posted his highest point totals this past season with 50 (8 goals, 42 assists) and added one assist in 6 playoff games. The Rangers added Adam Fox earlier this season, and if Trouba is signed long-term, the Rangers will have an excellent foundation for one of the best right-sides in the entire NHL going forward.

NYR land a high quality Dman in Trouba and likely not done yet with guys like Kreider, Vesey, Namestnikov and Buchnevich potentially in play. Could be an interesting week/wknd for the Rangers.

I mean, that's A+ GMing right there. It doesn't get any better than that.