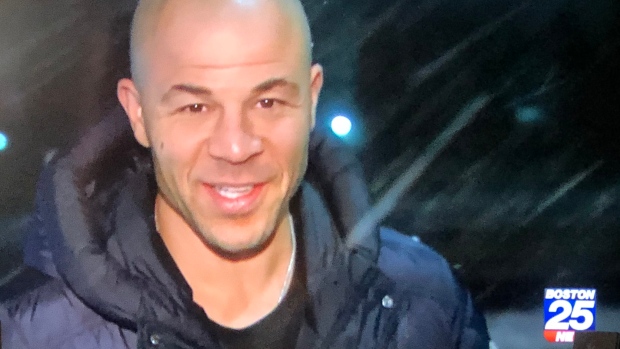 During a Boston news station’s coverage of the snowstorm in the area, it looks like they went to locals in the area for their perspective of the road conditions. Just members of the community they picked off the street... such as Iginla, who appears to have gone hilariously unrecognized by the TV station.

Here is Jarome Iginla, hockey Hall of Famer and former Bruin, being interviewed on Boston TV as a random guy on the street for a weather story. https://t.co/QzfXYAwKpr pic.twitter.com/en370RIKHe

Iginla, reppin’ even when he’s out of town like the good ol' Canadian boy he is!

Athletes being interviewed by local news reporters unaware of their guest’s celebrity has to be one of our favourite genres of local news, with Klay Thompson’s interview on scaffolding in New York an obvious classic.

Happy anniversary to when Klay Thompson was randomly asked about scaffolding for a local news station in NYC and said he likes to check how old the pipes are before walking under the scaffold 😂 pic.twitter.com/QSZ8Uug7Dg