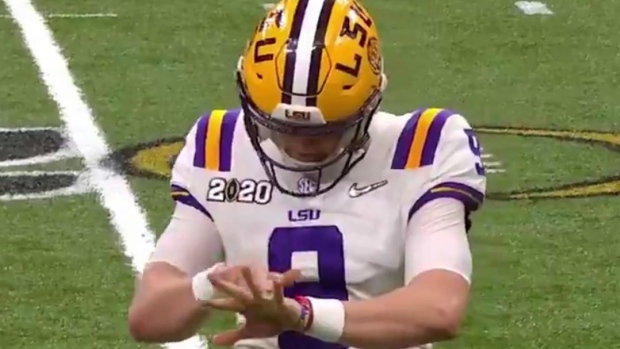 A dominant season ends in perfection and a national championship for Joe Burrow and the LSU Tigers. Clemson also entered the title game with a 14-0 record and they were looking to claim their third championship in five years, but there has just been no denying Burrow this year.

How confident was LSU going into this one? After the game, Burrow said that the team had already gotten fitted for their ring size. Championship mentality.

LSU dominated down the stretch of the championship game, and you knew Burrow was thinking rings all along. He was leaving no doubt about it by the end.

Burrow’s next stop is expected to be with the Cincinnati Bengals following the NFL Draft, and we’re definitely waiting to see what he can do in the pros after the incredible finish to his college career.

"It's time to fit me for that ring." 💍#NationalChampionship pic.twitter.com/n0b7L737pB