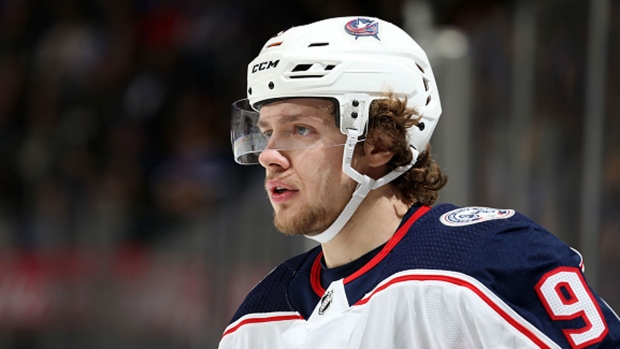 With the NHL trade deadline on the horizon, teams around the league are starting to protect their assets by keeping them out of the lineup in case of an injury derails their value and ruins the chance for a trade to be commenced.

But for the Columbus Blue Jackets, who are just a point above the playoff line, every game counts, with the Pittsburgh Penguins and Carolina Hurricanes breathing down their necks. Unlike the Sens with Matt Duchene, the Blue Jackets can't afford to keep a star forward like Artemi Panarin out of the linuep.

On Tuesday night, word got out that Panarin wouldn't be dressing for their game against the Montreal Canadiens, and let's just say it's not because of trade-related reasons. Panarin is suffering from an illness, and when asked for an update on his status, head coach John Tortorella was as blunt as ever.

Too much information, Torts 🤣💩

Add that one to another chapter in the John Tortorella quote book. That settles the rumblings then, unlike Panarin's stomach. We, like most hockey fans, love a good Torts quote, and that might be the best one we've heard in quite some time.

But, man, what will Panarin think when he hears his coaching spilling out perhaps just a little too much information out in the public sphere?