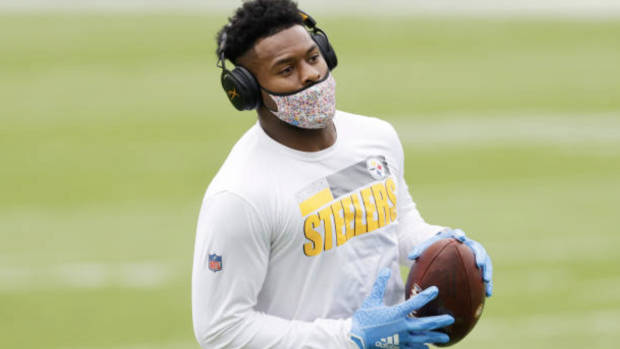 JuJu Smith-Schuster prior to matchup against the Jaguars. Michael Reaves, Getty Images

Our favourite Tiktok star is back at it again and no we don’t mean Addison Rae.

Prior to the Pittsburgh Steelers Week 11 matchup against the Jacksonville Jaguars, WR and birthday boy JuJu Smith-Schuster took to Tiktok to do a little pregame dance.

Juju showed off some electric dance moves, but was able to raise some eyebrows by standing on the Jaguar’s logo prior to the game with the following caption:

"New Trend Dance On Your Opponents Logo," followed by a laughing emoji.

A gutty move by JuJu but we kind of love the confidence he’s bringing to the table after going 10-0 with the Steelers this season.

Following the Steelers 27-3 win over the Jags, we have a feeling we’ll see more of JuJu’s new trend in the following weeks.