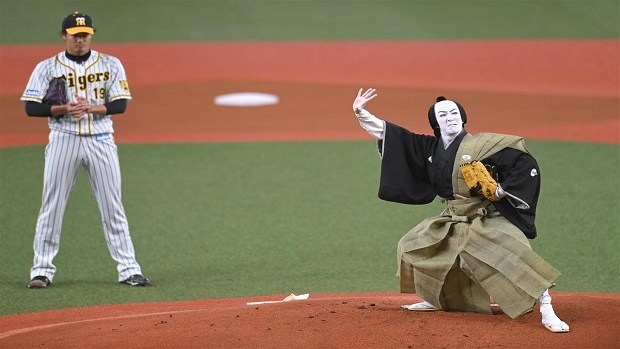 Ceremonial first pitches might be on hold for a bit in North America, depending where you go, but that’s not the case overseas right now.

Ahead of the series opener between the Hanshin Tigers and the Chunichi Dragons, Kabuki actor Ukon Onoe II threw out the opening pitch and it wasn’t exactly on the mark.

It was all in good fun for the Kabuki actor, though, as he didn’t seem too upset about the wild pitch.

Kabuki is a classical form of Japanese popular drama with dancing and singing and known for its heavily-stylized performances, and has been a major theatrical form in Japan for four centuries dating back to the 17th century.