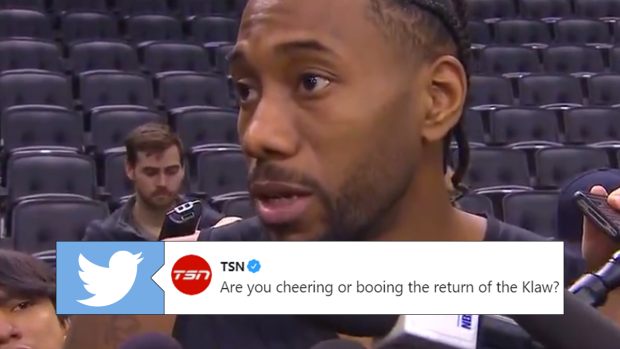 When Kawhi Leonard left the Toronto Raptors, all sorts of emotions came flooding out of Canadians. Some were angry, some most were sad. Some were reflective and appreciative, others were impulsively negative. It took some time for Raptors fans to truly understand their emotions.

Now with Kawhi Leonard returning to Canada with the visiting Los Angeles Clippers, it’s time to pay the pied piper. There has been some debate as to what Kawhi’s reception will be for Wednesday’s game, a game in which he receives his championship ring.

For Kawhi, he’s expecting some cheers but mostly boos. In classic Kawhi fashion, he believes that the fans won’t be booing for his decision, but because they want the Raptors to win.

#Raptors fans- are you cheering or booing #Kawhi tonight? 🤔👇

Do not boo this man. He’s a national hero

That’s not what Canadians do man

No boos from me Brother.

Best sports year I have ever had. Only thing that compares is Usain and Donovan Bailey winning the 100 in record times ....that's the Jamaican in me

I highly doubt they will boo him. More likely to get cheers. That’s what I would do

Why would you boo a player who brought the first NBA Championship to Canada? 🤷‍♂️🤷‍♀️

He might be in for a pleasant surprise then!

Cheering loudly...and cheering even louder for missed shots and giveaways.