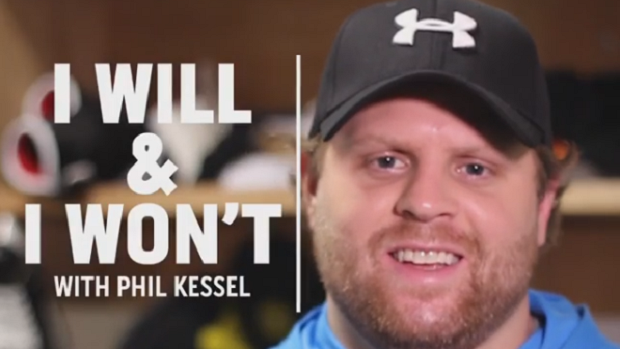 Phil Kessel became a fan favourite throughout Toronto during his six seasons with the Maple Leafs and the love for him did not die when he was traded to the Pittsburgh Penguins ahead of the 2015-16 season.

As part of his 24 hours with the Stanley Cup, the Madison, Wisconsin native used some his time with the Cup to pay a visit to The Hospital for Sick Children in Toronto.

Now that Kessel is in a familiar position this summer, as he will once again get to spend a day with the Stanley Cup, Leaf fans are wondering if he’s going to bring it back to Toronto again.

During his recent workouts with Under Armour, we caught up with the three-time NHL All-Star and asked him if he plans on bringing the Stanley Cup to Toronto again, who he thinks will win the McGregor-Mayweather superfight, if he would sign a baby’s back again, and much more in this edition of ‘I Will & I Won’t’.

Will Phil Kessel bring the Cup to Toronto again? . Find out that and more in #IWill or I Won't. . @UnderArmour

Fans will not get to see Kessel walk around Toronto with the Stanley Cup this summer, as it turns out his visit to the city with the Cup was just a one-time thing.