Kevin Durant has got to be one of the most polarizing players in the NBA. His undeniable talent ranks him as one of the best players in the world, but he seems to keep running into problems with people hating on him. It all started snowballing pretty hard when Durant made the controversial decision to leave a Thunder team he’d been with since they arrived in Oklahoma City for the star-studded Golden State Warriors.

The Warriors became the most dominant team in history, and many people accused Durant of selling out for a ring. In the end, it resulted in Durant acquiring an association with the snake emoji. Durant has now proven that he’s embraced the role of a villain with his most recent shoe acquisition. 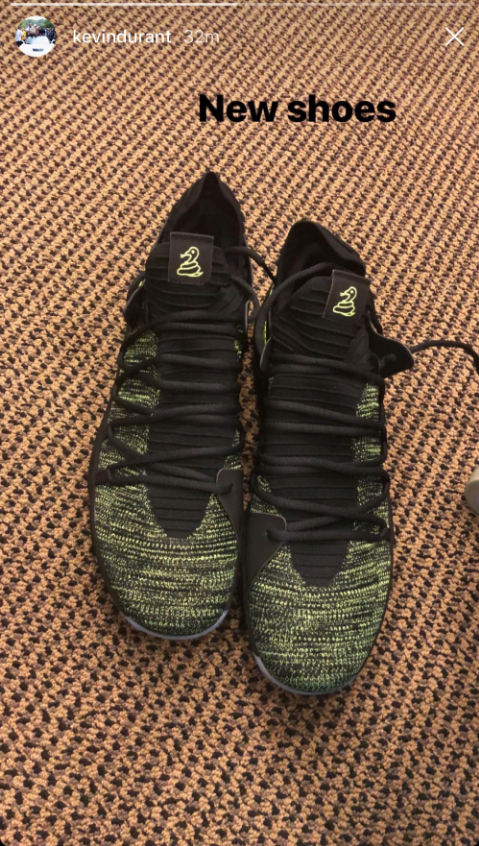 It’s nice to see Durant embracing the role rather than trying to fight it. This comes just days after Durant called out haters for DMing him on social media to dish out their best chirps.

Durant also got into a squabble with a fan sitting courtside, which led to the fan getting ejected and looking fairly confused about it.

We must say, it is refreshing to see Durant now embracing the villain role rather than trying to fight it. That’s just going to dig a deeper hole.