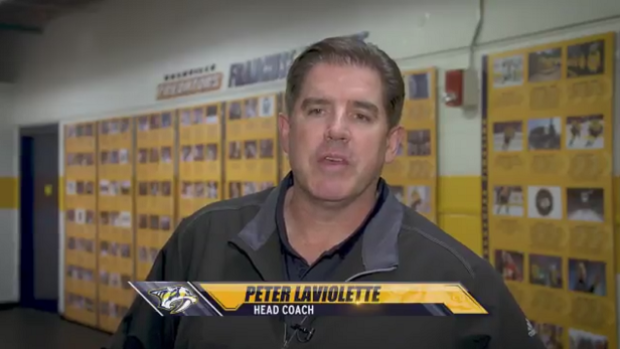 Nashville fans throwing catfish on the ice has been one of the most popular stories of the NHL playoffs, but Peter Laviolette has had enough.

The concern is that someone throws a fish during play and a player slips and hurt themselves or something that’s probably more likely is that the Predators end up getting penalized for the toss. It’s in the NHL rule book that teams can be penalized with a 2-minute delay of game penalty for the actions of their fans.

This has become a fun tradition for Preds fans and we highly doubt they’ll stop. However, people might scale things back a bit. Last game, they threw five catfish on the ice – that’s a little excessive.

One a game should do the trick, and will likely continue to happen.

It’s not as old of a tradition as the Red Wings and their octopi, but it’s just as passionate when you consider the lengths to which some fans have gone to make this happen at the Preds’ games.

It’s been such a big part of their fanbases’ run, that we even included it in our recommendations for NHL 18 covers (CLICK RIGHT TO SEE MORE).